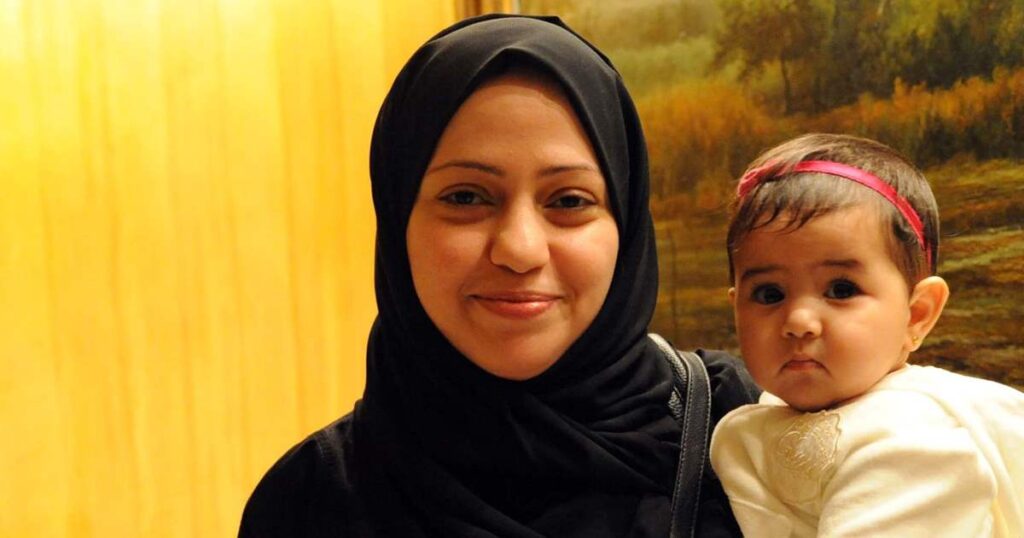 The two women’s rights activists were arrested in 2018 after participating in campaigns to demand more freedom for women in the Saudi kingdom.

Badawi, a recipient of the United States’ 2012 International Women of Courage Award, is best known for challenging Saudi Arabia’s discriminatory male guardianship system. She was one of the first women to petition Saudi authorities to allow women the right to drive as well as the right to vote and run in municipal elections.

Badawi is also the sister of Raif Badawi, a prominent human rights campaigner, who was sentenced to 10 years in prison in 2014 on charges of “insulting Islam” on his blog.

Al-Sadah, from the restive Shia-majority Qatif province, has also campaigned for the right to drive and to abolish the guardianship system. She was a candidate in the 2015 local elections which saw women run in elections for the first time. Her name was ultimately removed by authorities.

Though authorities overturned the decades-old ban on women driving, Saudi authorities justified the arrests of Badawi and Al-Sadah by saying the activists had suspicious contacts with foreign entities and offering financial support to “enemies overseas”.

Saudi authorities, under the direction of Crown Prince Mohammad bin Salman (MBS), have stepped up arrests and prosecutions of dissidents and activists since early 2017.

Tens of other activists remain in Saudi prisons after campaigning to end the male guardian system in the country. Under this system, women must obtain permission from a male guardian – a father, brother, husband, or even a son – to travel abroad, obtain a passport, enrol in higher education, get a life-saving abortion, be released from a prison or shelter, or marry.

Saudi women’s rights activists have not only petitioned successive government authorities to reform discriminatory laws and policies, but also sought to change societal attitudes. While the government has recently introduced limited reforms, including allowing women to enter some professions previously closed to them as well as lifting the driving ban, the male guardianship system, the main impediment to the realization of women’s rights, remains largely intact.