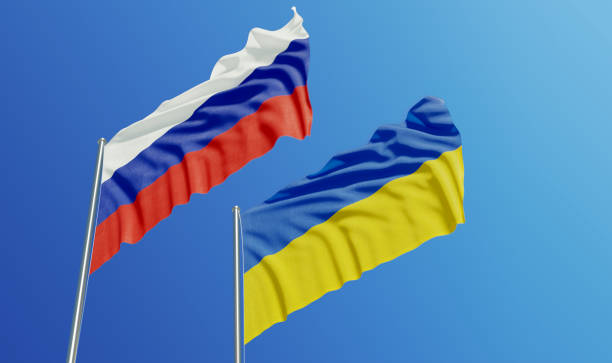 Vulnerable Ukrainian women and children are at great risk of trafficked because of the Russian invasion and well-established routes between Eastern Europe and countries such as Dubai and Abu Dhabi, claims a major new report.

The report, Modern Slavery in Dubai, from the Washington Institute for Defence and Security and the New York Centre for Foreign Policy Affairs paints a deeply troubling picture of flow and the plight of trafficked women and children from Eastern Europe, who are sold into the sex trade or as domestic workers.

Identifying the UAE as a global hub for trafficking, it details how vulnerable people are recruited, often by individuals they know, or wrongly believe they are going to work in well-paid jobs as maids or similar.

“This report aims to shed light on another pressing issue, often forgotten by the Western public, modern slavery and the abuse of migrant workers, with both a focus on the UAE and the role of Eastern European countries as highly efficient hubs of human trafficking,” it says.

“Worryingly this is a problem that will have worsened since the start of the war in Ukraine as large numbers of women and children are forced to flee their homes in pursuit of safety, traumatised and vulnerable they will be prime targets for traffickers. This coupled with the requirement of Russian oligarchs who have decamped to Dubai and Abu Dabi to escape Western sanctions, to have Russian speaking staff is likely to be creating the perfect conditions for women and children to be forced into the sex industry or into domestic servitude.”

The report’s authors believe that there will have been a significant increase in the numbers of Ukrainian people who have been trafficked, which already stood at nearly 300,000 prior to the invasion.

They go on to explain the techniques used by the traffickers and how those who end up in the UAE have few rights or possibility of escape. “Kafala is a system popular in Gulf countries that gives private citizens and companies responsibility and oversight over workers. The kafala sponsorship system is used to monitor migrant labourers, working primarily in the construction and domestic sectors in Gulf Cooperation Council member states. The kafala system involves withholding labourers’ passports to regulate their residency and employment, which gives employers near-total control over migrant workers’ salary, living conditions, nutrition, ability to work elsewhere, and even their ability to return home. The kafala system does not permit foreign workers to dispute employers’ non-performance of contracts, nor does it allow them to escape a potentially abusive situation. It is hard to deny that the kafala system puts the employer in a position, not unlike a slave owner, with the worker helpless to escape from such a situation,” it says.

“Besides labour trafficking, the UAE has become a global epicentre for human sex trafficking, exacerbated by the arrival of thousands of sex tourists. The United Nations World Tourism Organization defines sex tourism as: “trips organized from within the tourism sector, or from outside this sector but using its structures and networks, with the primary purpose of effecting a commercial sexual relationship by the tourist with residents at the destination”.40

The UAE. as a Muslim country, condemns and punishes prostitution and sex outside of marriage under Sharia law. However, when it comes to Western tourists, officials and the police often turn a blind eye, thus, allowing prostitution and human trafficking rings to thrive. It is estimated that Dubai alone hosts 45,000 sex workers, not including victims afraid to report and disclose this information.”

Florian Schmitz, an award-winning investigative journalist and one of the report’s authors commented: “Given the large-scale movement of vulnerable women and children from the Ukraine into Russia since the beginning of the war, sometimes under duress, it seems highly likely that a number of these people will end up being trafficked to the UAE and other countries. The international community cannot and must not turn a blind eye to this very real problem and must hold those responsible to account – Yet there is very little evidence that vulnerable people are being protected.”

The report calls out Western Governments for not doing enough to tackle this problem and those media outlets who promote what it calls “propaganda” about the idyllic lifestyle of the rich and powerful in places like Dubai. “One of the recent examples of this ‘propaganda’ was the BBC documentary, Inside Dubai: Playground of the Rich, which according to the broadcaster’s website, was a look at the ‘luxury and excess’ of the living in the ‘desert paradise’.”

Mr Schmitz, continued: “The report’s authors have been extremely disappointed to see a number of programmes concentrating on the cossetted and comfortable lifestyles of the uber-rich who live a carefree existence in places like Dubai which has been built on the backs of poorly paid, badly treated migrant workers. The BBC and other outlet guilty of pushing this propaganda would do well to remember that even when these workers have not been trafficked and forced into these roles, they are often misled as to what they will do and the rewards, while at the same time they have no rights to complain or even leave the country and return to their homes.”

The report concludes by setting out a series of recommendations, including calling on the UAE to fully implement the agreements that it has signed aimed at clamping down on trafficking, providing better assistance for the victims, ending the stigma of those that have been forced into sex work, better sharing of data between law enforcement organisation and Governments, new legislation and great action by the international community.

“Systems like the kafala sponsorship system within the UAE give freedom to employers to act with impunity. Employers often abuse the human rights of their foreign workers who were trafficked to the country via organized trafficking rings. Overall, when it comes to the international community, efforts are being taken globally on paper, but more needs to be done in punishing traffickers and clients. Countries have to upgrade their methods and make a collaborative effort towards the elimination of human trafficking through online detection systems, training of their police forces and strict law enforcement. This report aims to raise awareness and persuade readers to read more on the topic and help in the global fight against trafficking.”

Mr Schmitz, concluded: “Human trafficking remains a major problem globally, with an estimated 25 million victims, although some studies suggest this number could be much higher. Putting this in context, it is suggest around 12.8 million Africans were enslaved and shipped across the Atlantic during colonial times. Yet, again Western Governments are failing to do enough to tackle slavery. We propose that the Western most do much more to cut the supply of these highly vulnerable people, arrest and prosecute those involved and finally challenge those countries like the UAE that act as international hubs for this appalling trade in human misery, abuse and death.”
ENDS

PrevPreviousThe UN and governments should take immediate steps to support reparative justice in Yemen
NextQatar is the Best Ally for U.S. Foreign Policy in the Middle EastNext