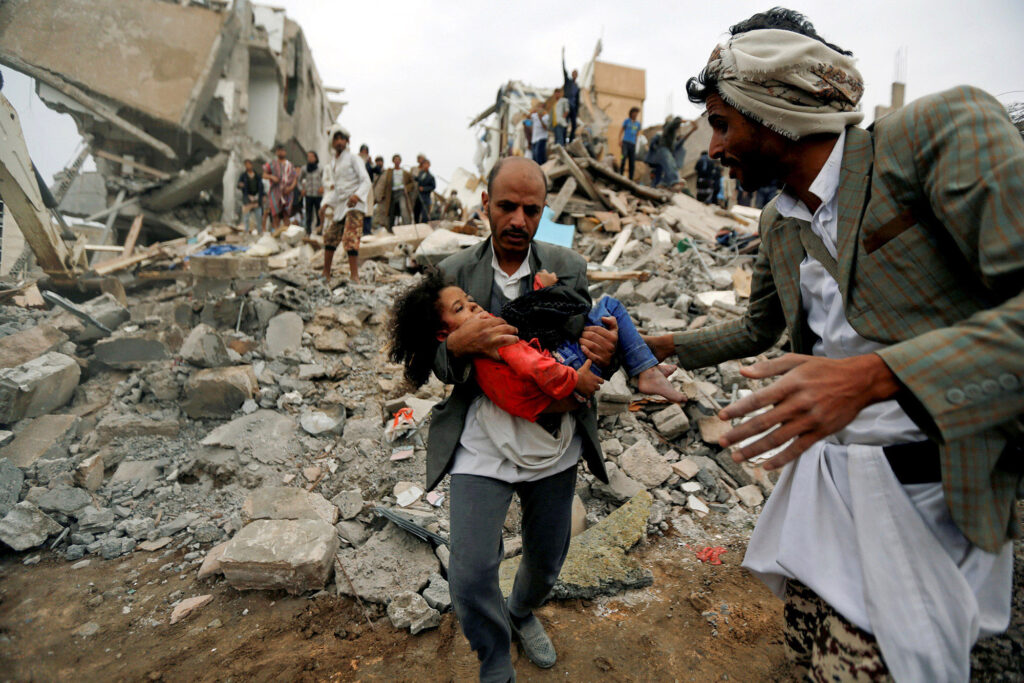 Saudi Arabia, the United Arab Emirates, the Internationally Recognized Government of Yemen, the Ansar Allah (Houthi) armed organization, and other fighting parties have refused to compensate civilian victims of their regular, significant international-law breaches in Yemen for nearly eight years. According to a joint report, “Returned to Zero”: The Case for Reparations to Civilians in Yemen, released by Allard K. Lowenstein International Human Rights Clinic at Yale Law School, UN member states should take immediate steps to support reparative justice in Yemen.

“Returned to Zero” is the first comprehensive analysis of civilians’ entitlement to reparation and the international legal duties of state members of the Saudi/UAE-led Coalition, the Internationally Recognized Government of Yemen, and the Ansar Allah (Houthi) armed organization to deliver such reparations. The 170-page research explores the most important methods that warring parties have devised to respond to civilian suffering inflicted by their forces throughout Yemen’s almost decade-long armed conflict. According to the research, existing warring-party processes are fundamentally insufficient, both in terms of the extent and severity of the harm done to civilians in Yemen and in terms of the international legal duties that warring parties bear.

The Saudi/UAE-led Coalition, the Internationally Recognized Government of Yemen, and the Ansar Allah (Houthi) armed organization have all publicly vowed to aid or compensate civilian victims of their violations. According to the research, promises made by warring parties have far exceeded real help offered to civilians.

The Saudi/UAE-led Coalition and the Internationally Recognized Government of Yemen have made limited condolence payments to civilian victims of airstrikes, and the Ansar Allah (Houthi) armed group has set up committees to hear complaints against group members; however, neither of these actions can be considered reparation.

Even when warring parties attempted to respond to civilian injury, the investigation shows that their efforts were woefully insufficient. Only a small percentage of civilians killed in Coalition bombings have received condolence payments from the Saudi/UAE-led Coalition and Yemen’s internationally recognized government. These contributions were described as “voluntary” and “humanitarian.” They arrived without apologizing. According to the study, the payment procedure, which followed investigations that were not independent, fair, or reliable, was non-transparent, inefficient, and far from thorough. Some civilians were required to sign a receipt stating that they had been paid for a Coalition “mistake.”

Ansar Allah’s redress committees are completely opaque and lack independence and impartiality. According to the study, some faced risk and retaliation.

“Returned to Zero” is the culmination of years of investigation. The authors of the paper examined public remarks, reports, and documents issued by warring parties and the entities formed to respond to civilian injury.

Many of the civilians questioned for the report spoke of the immediate and indirect physical, social, psychological, and economic consequences they incurred as a result of warring party attacks. Civilians have struggled to get back on their feet in the absence of support or restitution.

“Noria” (a pseudonym) recounted that after an airstrike killed her husband, four sons, daughter-in-law, and grandchild and destroyed her home, “nothing was left for us but the clothing that we were wearing.” She got a temporary residence but was unable to pay for it. “I’m sick of being evicted because I can’t pay my rent.”

“Salma” (a pseudonym), whose 14-year-old son was killed by a landmine explosion, stated, “Our pain began with landmines in 2015, and our suffering continues to this day.” We can’t grow, herd, or log wood anymore.” The mines were laid by Ansar Allah.

International law violations by Yemen’s warring sides have caused and continue to cause massive civilian suffering. Individuals who have been subjected to severe abuses of international human rights law or significant violations of international humanitarian law have the right to redress, including recompense. Reparations are intended to return the aggrieved person to their before the status as much as possible. They function as a type of justice. According to the research, no warring party in Yemen has offered restitution to civilian victims of their breaches.

“Returned to Zero” presents suggestions to the warring parties, other nations, UN authorities, and global civil society in an effort to help the realization of civilians’ right to reparation in Yemen.

The report urges the United Nations Security Council to refer Yemen’s situation to the International Criminal Court and to create an international reparations system for Yemen. Because the UN Security Council has been woefully ineffective in ensuring accountability for severe international law crimes in Yemen, the report further calls on the UN Human Rights Council or the UN General Assembly to take immediate actions to enable accountability for Yemen. Such actions could include establishing an international criminal investigation framework and urging warring parties to fulfill their reparations responsibilities to Yemeni people.

The warring parties have failed civilians twice—first, with the direct and indirect damage they have done to civilians during this awful war and, second, with their glaring failure to provide reparations to the civilians they have harmed. Reparations, along with criminal accountability, are not a luxury, but a necessity to end the cycle of violence and grievances in Yemen.

Failure to offer reparations is a choice to impose the costs of war on civilians. Reparations have so far been ignored by Yemen’s warring parties and under-prioritized by those with power, including other governments. States with the ability to help reparative justice in Yemen must not continue to urge people to wait.

PrevPreviousSaudi Arabia’s unwavering stance on the death punishment.
NextVulnerable Ukrainian women and children are at great risk of being trafficked to UAENext