China must Respect International Law and End Crackdown on the Uyghurs 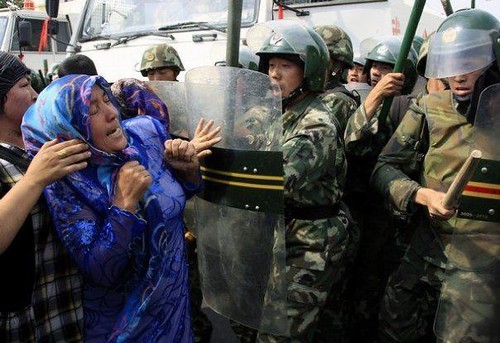 New York Centre for Foreign Policy Affairs raised concerns about the latest media reports showing the miserable living conditions the Uyghurs experience in the detention camps and in Xinjiang in China generally. Thus, it shed light on the grave human rights violations taking place there.

The Uyghurs are Turkic-speaking Muslims from the Central Asian region. They constitute the largest population in China’s northwestern region of Xinjiang. The Uyghurs are one of a number of the most repressed Muslim minorities in Xinjiang.  China considered the Uyghurs as a regional minority  in a nation of multiple cultures, it did not accept the idea of them being indigenous people and  labeled them “backward”

Since 2014, the Uyghurs in Xinjiang have suffered under a police state” with severe rules and restrictions regarding their religious, cultural and social life. In 2016, Chen Quanguo, Xinjiang’s Communist Party secretary moved to the province of Xinjiang and has intensified security measures there. Consequently,  Arbitrary detentions against the Uyghurs and other abuses have been scaled up by regional officials.

A dissent minority like the Uyghurs are seen as a peril to state security. The Chinese government believes that any critical opinions or dissenting views to the Chinese Communist Party are threatening. This is even if these views calling for basic rights like improvements in health, education, and employment. This broadly violates international law’s prohibitions against discrimination.

According to recent reports, the Chinese government has strengthened police surveillance over the Uygurs in Xinjiang to track any signs of “religious extremism” like having Uyghur books, growing a beard, owning a prayer rug, or quitting smoking or drinking. It has also watched the Uyghurs in their homes by installing cameras there.

Aiming at eliminating the basic elements of Uyghur culture, history, and society, the Chinese government has reportedly detained around one million Muslims in political education camps or what it calls” vocational training centres”. The Chinese government has sought to transform the entire society and eradicate the concept of “Uyghur” through these purpose-built detention centres.  Accordingly, education includes daily classes about Communist ideology and involves attempts of obliterating minority culture, language, and religion.  It is very clear that the aim of these camps is to utterly  change  the political thinking of detainees and alter their identities and their religious beliefs

The Uyghur detainees are detained for no serious or legal reasons. They have not charged with crimes nor they have legal avenues. According to media reports, the detainees are seemingly targeted for contacting with people from countries like Afghanistan and Turkey which are from the 26 countries that china considers sensitive.  Others are detained for performing religious rituals and sending texts including Quranic verses. The Chinese government categorized them extremists for only practicing their religion, this broadly contradicts the 18 article of the Universal Declaration of Human Rights which considers individuals and states’ Religious freedom a fundamental right.

Reportedly, the Chinese government initially did not recognize the existence of the political camps, then it characterized these camps as a fighting terrorism mean and a way to introduce vocational and employment training to the Uyghur people. But to deface the reality, it refused UN, Human Rights Organisations, foreign investigators and journalists to examine and share information about the daily life or the activities practiced in these camps. Despite these efforts to uncover the reality of the detention centres, a number of media groups managed to reveal part of the reality there. They indicated that detainees live in unsanitary conditions while receiving political indoctrination. They are also deprived of access to medical care services. According to the New York Times report “inmates are required to sing hymns praising the Chinese Communist Party and write ‘self-criticism’ essays and that prisoners are also subjected to physical and verbal abuse by prison guards”.  Also, There have been reports of deaths in these political education camps.

The political camps disturbed the Uyghur families. The children of the detained Uyghurs have been treated harshly by the Chinese government. They have been forced out of their homes and placed in state-run orphanages. These camps also isolated Uyghur men and women for long periods to stop the Uyghur procreation in an attempt to change the ethnic demographics in China, as analysis interpreted.

The Chinese government has been conducting systemic human rights violations against Turkic Muslims in Xinjiang of a scale not seen in decades.  Consequently, NYCFPA condemned these grotesque violations against the Uyghurs, and it calls up the Chinese authorities and senior officials to stop discrimination against minorities.

NYCFPA  urged the US government to immediately intervene to curb the massive crackdown against the Uyghur minority in China.

NYCFPA stated that the US government should take a stand regarding the rampant abuses carried out in china which thoroughly violate the rights to freedom of expression, religion, and privacy, and protection from torture. It should pressure the Chinese government and senior officials to stop this ruthless campaign against ethnic minorities.