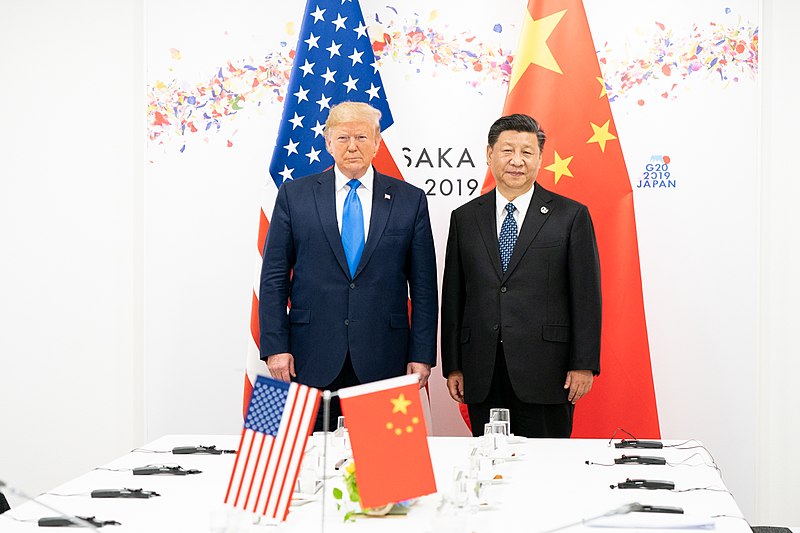 Analysis by NYCFPA Team – There are a lot of innuendoes that a trade war between US and China has started to badly affect global trade and in a very direct way the economy of the two superpowers involved in this war . If such confrontation continues, the consequences on the economy each country would be very dire .  This article would look into how this war has affected the economy of two countries in addition to its effect on global trade.  The article will further recommend how the two major economic powers can maintain strong and balanced economy and eventually the most optimistic scenarios how would such a trade war wound end.

Indeed , at the present, the major concerns of the Americans is the fact that  China is becoming  the largest  source country  of U.S trade, it has become the real target of America trade war. To avoid increasing invasion of Chinese products, President Trump signed the Trade memorandum with China, and this signing was a  real preemptive strike which has already triggered a real trade war between the two countries. The memorandum which was signed by President Trump on 23rd of March 2018 stipulates certain measurements which were deemed by the Chinese as provocative . The most important action  is what is called ‘232’ measure in which President Trump increased the tariff of the  60  billion USD, the value of the goods imported from China. Moreover,  the memorandums has limited the Chinese mergers and acquisitions in USA. The main purpose was to adjust the trade imbalance which was in favor of China by at least 20%.

The Chinese counter measurements as response to Trumps’ memorandum

In response to Trump’s trade  measurements against China, the Chinese took counter measurements by adding further 25 percent tariffs on  imported American products; these includes cars and about 144 auto parts.

However, the  Trump-Xi summit in January 2019 has already deescalated the trade war and the 90 day- truce helped to ease the tension between the two countries. Even though China suspended some of its counter measurements, US has not made reciprocal steps and this keeps the trade war between the two countries open. The wrangling between the two countries is still going on. The new 10 percent of tariffs on Chinese products last August was described by the Chinese as a violation of the de escalation agreement reached by  Trump-Xi summit early this year.  As a counter measure, the Chinese, mainly after the failure of Trade Negotiations held Shanghai last June, instructed Chinese companies stop purchasing American farming products and this has caused much damage.

Today’s declared cease fire is one of the best scenarios of how the war might end by maintain a kind of balance in the trading exchange between the two giant economic power, thus avoiding global   trade more tribulations. Despite some skeptics, Trump’s deal with china will pacify the tension between the two economic powers. According to this deal which comes after two weeks of negotiations, China is expected to step up its agricultural products from U.S.  The latter agreed suspend the 5% increase in tariff on $250 billion worth of Chinese goods. The American negotiators claimed that the agreement, which has not been ‘papered’ yet  would open the Chinese financial sector,  develop intellectual – property, and refrain from manipulating the Yaun.

The cease fire and 2020 elections

It is ironic though that some Chinese leaders suspect the real motives of president Trump; they attribute the whole deal as part of the elections of 2020. They think that President Trump needs to bolster the stock market and the American economy at large. However, and whatever the motives of each country, the deal which is going to be signed by the Chinese Leader, Xi Jinping and president Trump when they meet next month, the war trade is expected  cool down but not totally end because the two countries still have more points of contention such as the issues of human rights, military race, espionage, etc. If these issues are not properly addressed the Trade War between the two countries will erupt at any time.