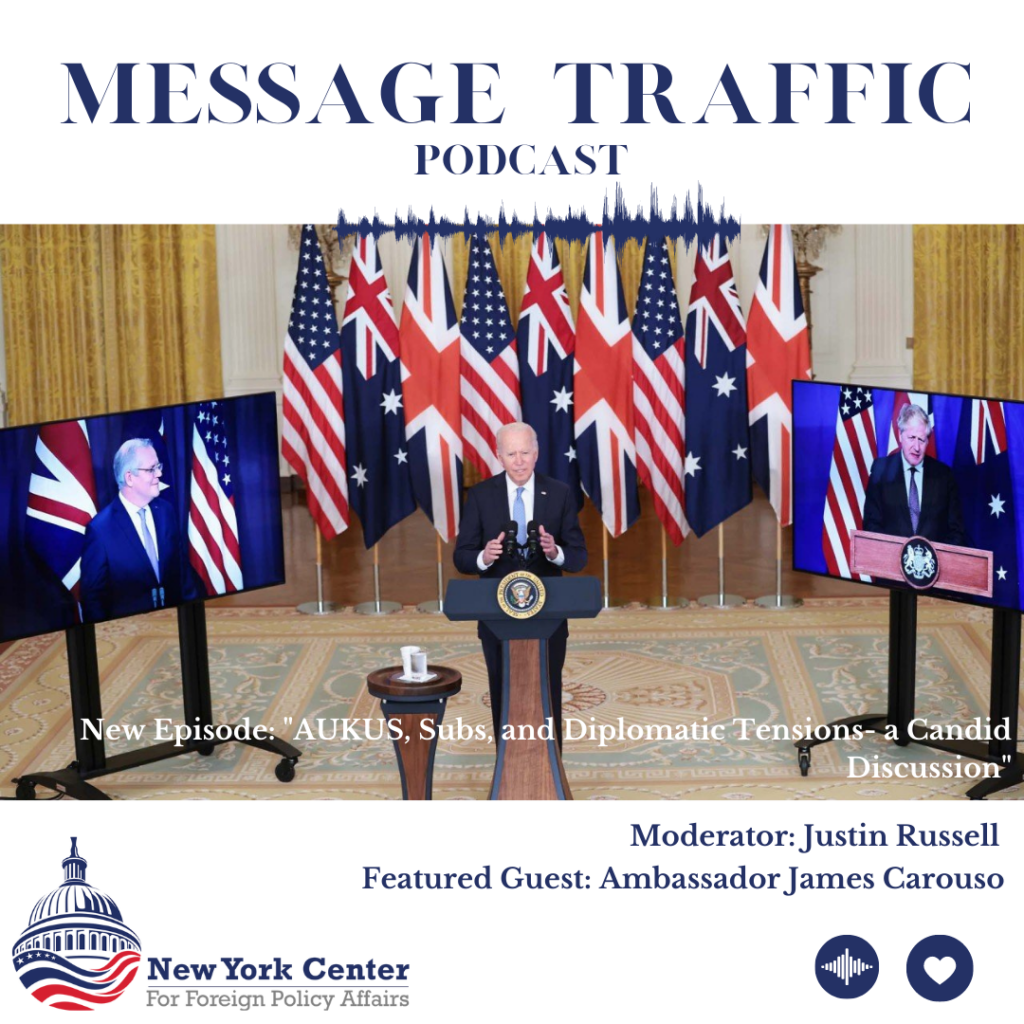 In this episode of MESSAGE TRAFFIC, NYCFPA Principal Director Justin Russell interviews former  U.S. Ambassador/ Charge d’Affaires to Australia (and long-time career foreign service officer), Ambassador James Carouso, on the tensions brought on by the AUKUS agreement and the cancellation of a French submarine deal.

Ambassador Carouso is a former member of the Senior Foreign Service and has served in many top-level diplomatic positions over the course of a distinguished career spanning over 25 years. In 2019, he was the recipient of one of the highest awards in the foreign service… The State Department Distinguished Honor Award.

Over the course of the discussion, the pair looks into the big questions coming from this diplomatic tete-a-tete in the South Pacific; What does the AUKUS deal signal to other allies in the region? Does AUKUS escalate tensions with China and force them to become more aggressive in the South China Sea? Was France justified in its reaction to the cancellation of the sub deal?

These questions and more are discussed on this edition of MESSAGE TRAFFIC.