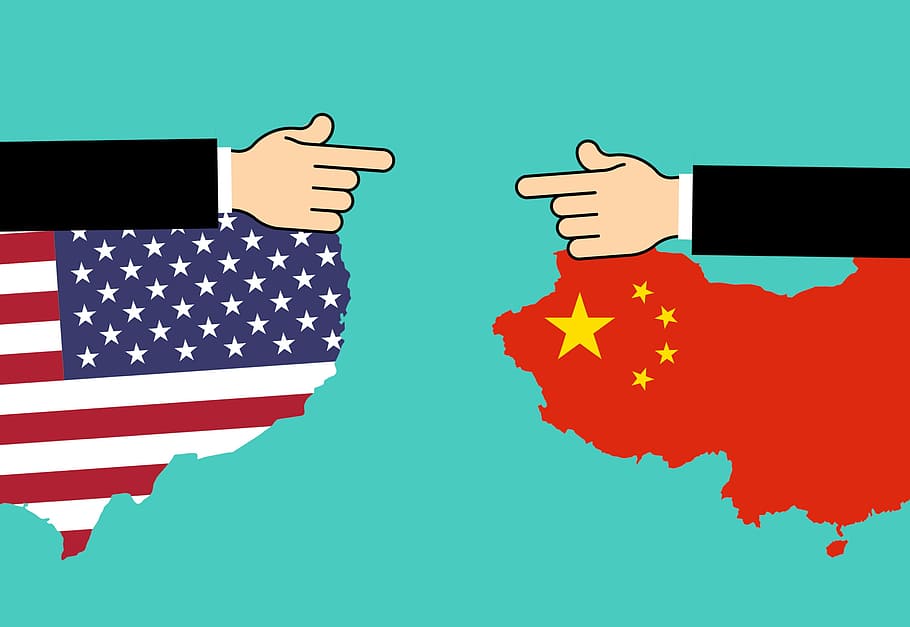 As the COVID-19 pandemic continues and the diagnoses and death toll soar the United States (U.S.) has another crisis on its hands.  Two months prior, the U.S.-China relationship appeared to be stabilizing with the signing of a long-negotiated trade deal. Almost immediately thereafter, the relationship started to deteriorate with the outbreak of COVID-19.  Initially, China was close-lipped about the severity of the virus. Its failure to restrain the spread combined with its lack of communication and cooperation has led to many  passive aggressive (and at times very direct) exchanges with the United States.  Could this be round 1 of a new Cold War?

China has sought to exploit this moment of vulnerability to vie more boldly for the global influence it has been aiming for going back several decades, to the waning of the Deng Xioping era. China is in possession of too few capabilities and concomitant global influence to be considered anything approaching the equal of the United States. However, by all accounts it is ascendant and at least sufficiently capable of being deemed beyond a mid-range power that is rising and increasingly an across the board competitor with the United States.

It’s worth noting that the U.S.-China relationship began to deteriorate as early as the inception of the Trump presidency and the early rollout of its new policies on trade tariffs, not only with China but more serious than its tariffs targeting Canada or Europe, with the only exception being Iran.  Here is a quick timeline of the main events so far.

Due to conflicting political ideologies and security concerns, the United States and China have frequently been at odds in the postwar era.  The most relevant starting point is the conflict on the Korean Peninsula in 1950.  When the North Korean People’s Army invaded South Korea, the United States helped to defend South Korea and China supported the Communist North.  From that point on, anytime there was a conflict between China and its neighbors the United States came to their defense against Chinese aggression to prevent the spread of Communist influence throughout Asia.

This continued in the lead up to and largely throughout the duration of the Cold War.  Following the Cold War, tensions transitioned from political to economic.

In 2000, the Clinton Administration signed the U.S.-China Relations Act of 2000, granting Beijing permanent normal trade relations with the United States and paving the way for China to join the World Trade Organization in 2001.  In 2008, China became the largest foreign creditor of the United States, and in 2010 became the second largest economy in the world. As increasing U.S. economic dependence on China continued to grow, tensions started to mount once again.

Although President Obama attempted to build a bridge between the two countries, China continued to push its  socialist agenda regardless of U.S. and international standards. In 2013, Obama and Chinese President Xi Jinping pledged to cooperate more effectively on pressing bilateral, regional, and global issues, including climate change and North Korea.  The pair later followed up with the 2013 Climate Summit to reduce carbon emissions. In spite of these good faith efforts, China continued to violate U.S. and international trust with acts of espionage and violations of human rights.

Under the Trump Administration, the diplomatic relationship appeared to  improve further until the two countries began what rapidly escalated into a major trade war. While Trump has attempted to maintain a positive personal relationship with Xi, overall the conflict between the U.S. and China widened well beyond the trade sphere. Though in terms of trade a truce of sorts resulted from the 2018  signing of the Phase One Trade Deal on January 15, 2020.

Though the trade deal should have marked a turning point for U.S.-China relations, the most substantial bilateral conflict between the two was yet to come.  With Trump weak on Russia, and alarmingly close to Vladimir Putin, the incentives for him to bash China increased in direct proportion.  Amid U.S. primaries and a two year trade war, the rising across-the-board tensions would come to a head with the unforeseeable outbreak of COVID-19.

According to the World Health Organization (WHO), COVID-19 was first reported to break out in China in the city of Wuhan on December 31, 2019.  The United States observed as it spread most aggressively through the Korean Peninsula, and then on to Europe with a particularly strong outbreak in Italy. All the while Trump assured the American public the virus was under control, and would not present a threat at home.  Then, on February 29, 2020, the first death in the United States was reported, and spread indiscriminately with officials saying the worst could be yet to come.

China first covered up the outbreak of the virus, then attempted to silence and even punish those seeking to inform the country publicly and the world. It was late to begin its quarantine efforts, while the virus spread in all directions beyond Chinese borders.  Unsurprisingly, President Trump and President Xi Jinping became embattled in a tit-for-tat diplomatic war. Angered by Trump’s newly enforced cap on the amount of foreign nationals working for Chinese propaganda outlets, China retaliated with the expulsion of three major U.S. news outlets—an out of proportion gambit that shocked China experts, more redolent of a Cold War strategem and triggering a wave of analysis beginning to wonder if China had just passed the Rubicon, potientially signalling a new era of U.S.-Chinese competition and possibly even conflict.

While the United States faced record numbers of deaths and infections with numbers escalating in multiples amid cries of insufficient basic medical resources, China proactively offered aid to Western allies facing high transmission rates (such as Italy and Spain).  At present, global reporting on infections and deaths has put the United States on the defensive as it now accounts for the largest rate of infections and deaths in the world.  In other words, China is now capitalizing on this new and unchartered territory of U.S. vulnerability to attempt to pivot from covering up the outbreak of the virus to attempting to augment its darkened image to attempt to portray itself as an effective fighter of the virus, now through to the other side and thus recovered sufficiently to enable it to try to position itself as coming to the aid of Western countries.

How to Move Forward

The United States and China could have created a diplomatic bridge through finding a solution to the spread and treatment of the pandemic.  Instead, the two moved further apart due to both sides giving into political opportunism, and so far – China thinks it is winning. China’s French embassy put it in starker terms in a tweet storm. “When the epidemic started to explode everywhere, it was China who the entire world asked for help, and not the United States, the ‘beacon of democracy,’” the embassy said. “It is China who lent a helping hand to more than 80 nations. Not the United States.”

In response, the United States needs to resort to making retaliatory diplomatic moves to counter Chinese influence.  However, to begin with  the diplomatic lines of communication need to remain open. President Trump needs to make legitimate efforts to work with President Xi Jinping; however, the U.S needs to continue to take a tough line while at the same time avoiding diplomatic sloppiness like using terms such as the “Wuhan virus.”

The U.S. should continue to coordinate closely with allies in the region, including working with Japan and South Korea to resist Chinese surveillence flights and continue to engage in freedom of navigation via patrols of their navies in the South and East China Seas. Full military exercises with these and other allies need to recommence on the one hand, and be increased on the other. China furthermore needs to be held fully to accountable for its massive economic and military espionage, which the Trump Administration has struggled to pull off prior to this juncture.