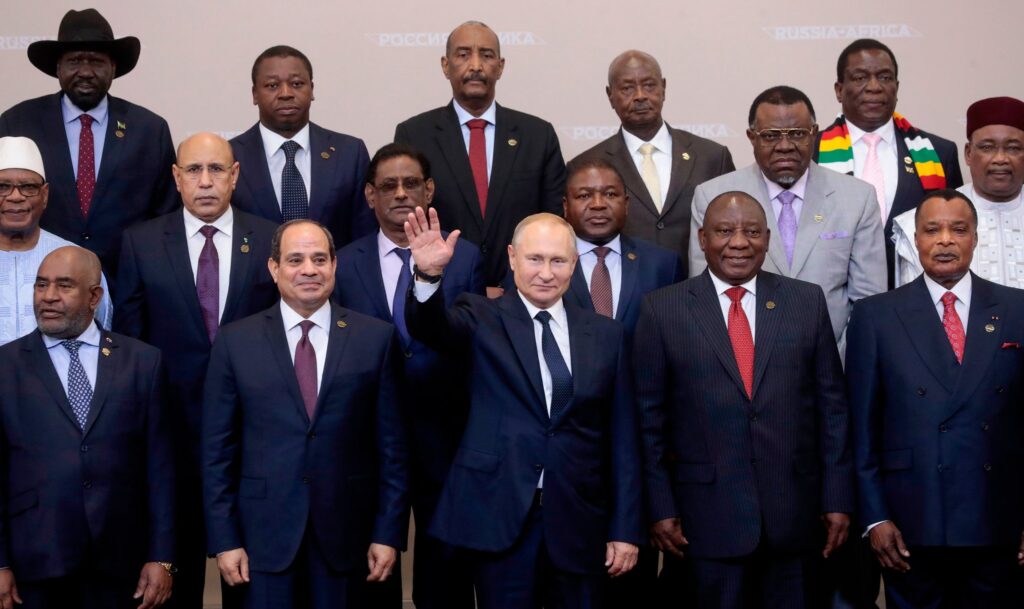 Many Western governments, diplomatic specialists, and watchers of Africa’s foreign relations have been baffled by many African countries’ apparent hesitation to condemn Russia’s invasion of Ukraine.

Despite the fact that twenty-eight African countries voted in favor of the UN General Assembly (UNGA) resolution demanding that Russia “immediately, completely, and unconditionally withdraw all of its military forces from the territory of Ukraine within its internationally recognized borders,” seventeen African countries abstained, and another eight did not vote.

Unexpectedly, Eritrea, whose leader, Isaias Afwerki, has a close connection with Russian President Vladimir Putin and has long had an anti-Western diplomatic position, voted against the resolution alongside Belarus, North Korea, Russia, and Syria. The resolution was supported by 141 (out of 194) UN member states.

Except for Kenya’s Permanent Representative to the United Nations Martin Kimani’s speech, in which he openly criticized the sanctity of international borders and denounced “irredentism and expansionism on any basis,” African diplomats have largely remained silent, and none of the resolution’s twenty-eight supporters, including regional powerhouse Nigeria, has come out to elaborate on its position. Nigeria merely criticized the alleged mistreatment of Nigerians and other African people attempting to flee Ukraine, and then moved quickly to make plans for the repatriation of an estimated 5,000 Nigerian students caught up in the crisis.

The leaders of nations who either opposed or abstained from the UN condemnation of Russia, on the other hand, are doing the most of the talking. President Yoweri Museveni of Uganda, for example, has alluded to Western “double standards” in the Ukraine war and spoken of his personal preference for Chinese diplomacy, which he believes avoids interfering in other countries’ domestic issues. Museveni has already spoken out against Western meddling in Africa.

While South Africa is less economically dependent on Russia than other African countries, the South African political class may feel obligated to Russia for its backing of the African National Congress during the Apartheid era.

Clearly taken aback by the African response (African nations accounted for approximately half of the thirty-five abstentions), the US and EU have hurried to meet with a cross-section of the opposing countries.

Given the significant risk of reinforcing the very preconceptions that those nations have been pointing out, how the West goes about it is critical.

Last Monday, US Representative to the United Nations Ambassador Linda Thomas-Greenfield appeared to indicate that there is no place for neutrality in the face of Russia’s invasion of Ukraine.

Even when saying the obvious, tone and wording are crucial; given the long-held notion that strong Western countries, particularly the United States, do not always live up to their own moral rhetoric, the temper and manner of expression become critical. By insisting on no neutrality, Thomas-Greenfield seemed to imply that African countries are not free to pick their own courses, even if those pathways are deeply immoral.

Clearly, that was not her objective, but the fact that she did not do enough to eliminate that inference is the issue. Finally, implying that the US must “do additional work to help these countries understand the impact of Russia’s war of aggression on Ukraine” not only smacks of arrogance, but also paints a picture of African countries as moral adolescents who require Western supervision to understand and do what is right.

Despite this, several African nations choose to abstain, indicating that what is at risk for them extends beyond economic considerations.

Leaving aside their reasonable dissatisfaction, it is critical that the US and EU nations recognize the outlines of a shifting geopolitical and African diplomatic scene in which African countries’ reactions to world events cannot be taken for granted. In this dynamic climate, whether fostering existing relationships or forging new ones, the US and EU must learn to sound less arrogant, acknowledging that the development of new powers on the international scene means that African nations now have more diplomatic alternatives than ever before.