The United States’ foreign policy should be targeted at deterring Russia 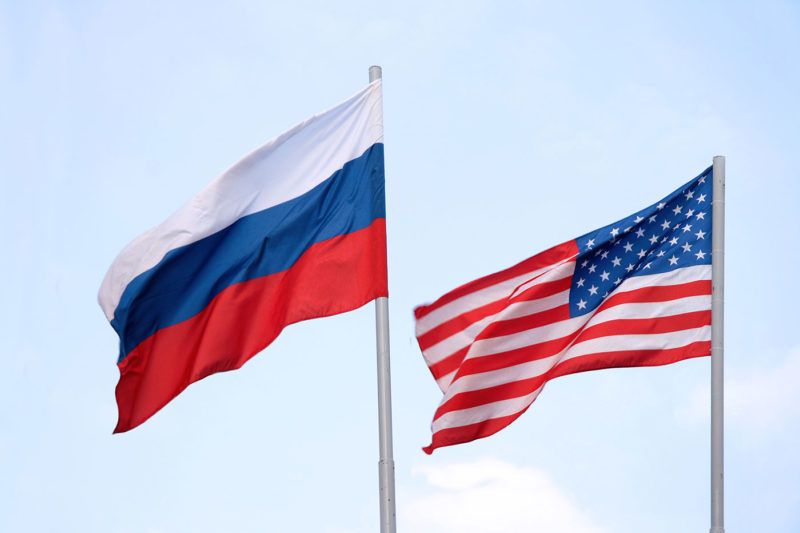 According to the Atlantic Council in a report titled “Global Strategy 2022: Thwarting Kremlin Aggression Today for Constructive Relations Tomorrow,” the US should nullify and deter the Kremlin’s revisionist foreign policy, which seeks to weaken NATO and the EU while restoring Russian hegemony in Eurasia.

The report describes the areas in which the United States would pursue foreign policy with Russia in the future years and decades.

According to the authors, Russian President Vladimir Putin “presides over these active measures and damaging activities in his quest to undermine the international order.”

Simultaneously, in the short and medium term, the US should explore areas of partnership where US and Russian interests may overlap, such as arms control, counterterrorism in Taliban-controlled Afghanistan, fewer military clashes, and an effective response to climate change.

In the long run, the report author describes in clear terms the cooperative relationship that would emerge with a rich, powerful Russia that plays a positive role in the rules-based international order.

The approach’s first component is the necessity to increase “operation with allies and partners to combat the looming Russian threat.”

The United States’ allies and partners must understand Moscow’s threat and work together to counter it. The US must strengthen NATO’s conventional and nuclear deterrence postures, extend its already substantial presence on NATO’s northeastern flank, and build a “full Black Sea Strategy.”

The second component of the policy is to respond to Kremlin aggression and provocations against US interests and the international liberal order. The United States must establish unambiguous red lines as a deterrent and be prepared to act swiftly when Moscow threatens or breaches them.

“Ukraine is in the center of Moscow’s revisionist foreign policy, and it needs self-defense capabilities to deter potential attacks. Frustrating Kremlin action in Ukraine reduces the chance of Kremlin provocations against the NATO members in Eastern Europe, and may be the key to persuading it to change direction.” according to the report.

As a result, the policy response of the United States should encompass military, economic, and diplomatic weapons. It should encourage Ukraine’s military to become fully NATO-interoperable, increase US military financing to Ukraine to $1 billion per year while encouraging further assistance from other NATO members, and make Ukraine’s defense a NATO priority.

It is also proposed that Ukraine install anti-ship missiles, naval drones, and air defense systems. Simultaneously, the report underlines the need of sustaining and enhancing the current sanctions regime, as well as keeping public attention focused on Moscow’s annexation of Crimea, the Donbas, and Georgia.

The authors of the report believe that the US should take a more active role in the Minsk peace process and consult with the parties to ensure that “Ukraine is not under pressure to make unwarranted concessions to Moscow.”

The report also recommends “uncovering and publicizing in English and Russian evidence on the Russian regime’s corruption” as well as “directing US intelligence to establish Putin’s, key Kremlin officials’, and Putin cronies’ financial holdings in the West.” The appropriate secret material should be declassified, distributed, and made available to the public in English and Russian.

Furthermore, “strong and transparent laws against money laundering and other hidden channels, including requirements for shell companies to disclose beneficial owners, that corrupt Putin cronies and Kremlin-connected actors use to further Russian State interests or their own” are required, according to the report.

At the same time, the authors suggest that the United States should make it clear that it is looking forward to a deeper, mutually beneficial relationship with a democratic Russia that respects its neighbors’ sovereignty.

PrevPreviousNYCFPA welcomes US approval of $100m support deal for Taiwan Patriot missiles
NextUS-Russia Relations: The Roots of the CrisisNext