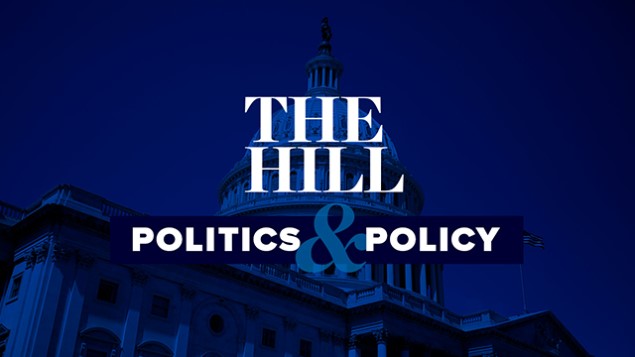 The Biden administration is temporarily freezing several arms sales that were approved by the Trump administration, including fighter jets for the United Arab Emirates (UAE) and bombs for Saudi Arabia, amid a review of the sales.

The State Department confirmed a pause in “some” pending arms transfers Wednesday, a day after Secretary of State Antony Blinken’s confirmation, framing the move as a routine practice for a new administration.

“The department is temporarily pausing the implementation of some pending U.S. defense transfers and sales under Foreign Military Sales and Direct Commercial Sales to allow incoming leadership an opportunity to review,” a State Department spokesperson said.

“This is a routine administrative action typical to most any transition, and demonstrates the administration’s commitment to transparency and good governance, as well as ensuring U.S. arms sales meet our strategic objectives of building stronger, interoperable, and more capable security partners,” the spokesperson added.

The spokesperson did not specify which sales are being paused, but The Wall Street Journal reported the UAE and Saudi sales were among those under review.

Asked at a briefing later Wednesday about reviewing sales to the Saudis and UAE, Blinken similarly framed the move as routine.

“Generally speaking, when it comes to arms sales, it is typical at the start of an administration to review any pending sales to make sure that what is being considered is something that advances our strategic objectives and advances our foreign policy, so that’s what we’re doing at this moment,” he said.

The Trump administration approved billions of dollars in weapons sales in its waning days, most controversially for the United Arab Emirates and Saudi Arabia.

As part of a side deal to the UAE’s agreement to normalize relations with Israel, the Trump administration approved Abu Dhabi’s longstanding request to buy 50 F-35 fighter jets worth $10.4 billion. In addition to the jets, the arms package included 18 MQ-9B drones worth $2.97 billion and a package of air-to-air and air-to-ground munitions worth $10 billion.

Saudi arms sales, meanwhile, were a frequent point of tension between the Trump administration and lawmakers in both parties.

Lawmakers became increasingly opposed to selling the Saudis weapons after the killing and dismemberment of Washington Post journalist Jamal Khashoggi in 2018. Lawmakers have also been concerned about the thousands of civilian deaths in the Saudi-led war in Yemen.

Last year, the Trump administration pushed through an $8.1 billion “emergency” arms sale to the Saudis that lawmakers had been blocking through an informal process. Congress eventually passed bipartisan resolutions to block those sales, but Trump vetoed them.

Democrats and other advocates have been pushing President Biden to reverse the most recent Saudi and UAE sales. During the presidential campaign, Biden pledged to review the U.S. relationship with Saudi Arabia.

Sen. Bob Menendez (D-N.J.), incoming chairman of the Senate Foreign Relations Committee, welcomed the news Wednesday of the Biden administration’s review, saying the sales were “inexplicably rushed without thorough review of implications for U.S. national security and protection of innocent lives in Yemen.”

“I encourage the Biden administration to carefully consider the broader regional security implications of these sales and to consult with Congress as it continues its due diligence on these and other arms sales,” Menendez tweeted.

The New York Center for Foreign Policy Affairs, which filed a lawsuit seeking to block the UAE arms deal, said it will still pursue its lawsuit to ensure the sale is permanently stopped. But the organization’s principal director, Justin Russell, also said the group is “ecstatic” about the freeze.

On Wednesday morning, the Center for International Policy released a report calling for Biden to rescind the offer for the UAE arms package.

A group of House Democrats also sent a letter to Blinken on Tuesday night calling for a suspension of arms sales to the Saudis, among other steps to recalibrate U.S.-Saudi relations.

On Tuesday, Raytheon CEO Greg Hayes indicated he expected the Biden administration to block the Paveway sale. Without exactly specifying the sale, Hayes told investors on a quarterly earnings call that the company had to take an offensive weapons sale to “a customer in the Middle East” off its books because it no longer expects to be granted a license for the sale.

PrevPreviousThe Sahel to Mozambique: The Emerging Threat of ISIL in Africa
NextFor Immediate Release: NYCFPA Statement on the Detainment of Myanmar Civilian OfficialsNext