Russia Will Face a Hard Battle on Climate Change Issue 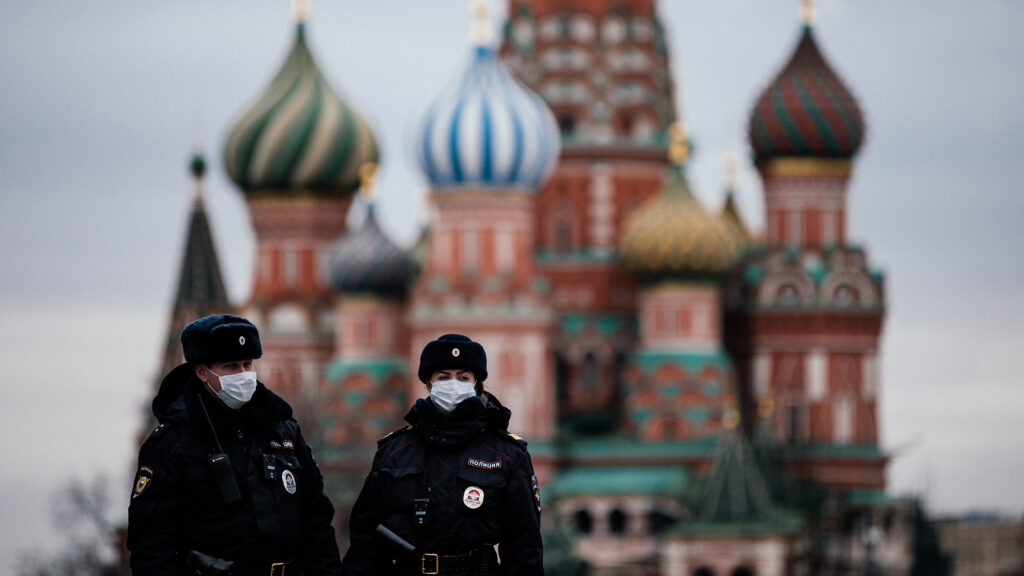 For many years the European market was a stumbling block for Russia and the United States (US). From the US standpoint, dependency on Russian natural resources makes the European Union (EU) vulnerable, and now with the world’s increasing environmental requirements, this point has become a lot stronger. The EU needs to make a difficult choice between keeping on track its ambitious environmental policy and turning a blind eye on Russia’s low climate responsibility.

The Russian climate policy is intended to maintain the status quo instead of being part of world climate change solutions. At the same time, other countries, including the US, put an onerous restriction on industries that contribute to climate change CO2 emissions. It is hard to imagine that the international community won’t demand Russia to do the same or to bear high costs for not doing enough.

As recently as two years ago, while US lawmakers were trying to stop Nord Stream-2, some experts and ex-officials said that those actions were unnecessary. The Russian state machine and the most prominent companies are unprepared making them unable to build the environmental infrastructure and a system for controlling greenhouse gas emissions on time. Finally, they’ll collide with the reinforced concrete wall of the leading countries’ legislation in the field of environmental protection, experts emphasized. And it appears that the upcoming EU regulation – Carbon Border Adjustment is the first significant step of this process as it was prophesied.

The EU Carbon Trading System (ETS) has a long history. For many years, the EU has been imposing severe restrictions on enterprises responsible for harmful emissions into the atmosphere. In fact, it forces businesses to either use new technologies, diversify their electricity supplies, or leave the market. Some companies chose to relocate their production to less demanding third country jurisdictions and continue to trade with the EU. In order to avoid these free riders’ actions, the Carbon Border Adjustment measures were developed.

The new regulation’s final mechanism is expected to be presented by the European Union in June 2021. However, it is unclear how the new rules will work; three options are under consideration. One of them is a fixed penalty on imported goods from countries that have not declared high environmental ambitions.

Despite delicate wording, “high environmental ambitions,” there is a common knowledge that Russia doesn’t have them. While the largest world economies have announced their desire to achieve carbon neutrality by 2050, like the United States, the European Union, Great Britain, Japan, and South Korea, by 2060 – China and Russian closest partner – Kazakhstan, Russia stands aside.

The US, EU, China, and other countries continue to develop wind and solar power to achieve these goals. The absolute leader in the share of wind and solar energy is Germany – 1/3 of its energy portfolio is coming from wind and solar.

The United States and China are also the absolute leaders in carbon capture and storage (CCS) innovation. Dozens of these projects are in varying degrees of readiness in the US, China, and Europe. Thanks to this technology, the American firm Occidental Petroleum recently made the first step to supplying “carbon-neutral fuel.” These countries are also developing their carbon trading systems. For example, China launched its national Emissions Trading System in February this year; the United States has Quebec-California’s (WCI) and the RGGI systems (a mandatory carbon trading system in eleven states). Switzerland took a different path with bilateral agreements on the mutual accounting of carbon units. As a result, the emission certificates are recognized by both parties to the agreement. So far, ETS (the European Union Emissions Trading System) is considered the most developed carbon control approach among all the listed systems.

And what about Russia?  Compared to other countries, its ambitions look unconvincing. Furthermore, the Russian state’s current approach is more about “playing chicken” than a desire to truly become a responsible participant in the fight against climate change.

It should be noticed that the Russian Federation, since the beginning, participated in the Paris Agreement on climate change. At the same time, the Paris Agreement contains a very convenient formula for Russia. It requires achieving at least a 50% reduction in CO2 emissions from 1990 levels. Russia promised to cut 70-75% by 2030 from its 1990 level and announced last year that it had met this “ambitious” target (70%). However, according to UN estimates, from 1990 to 2000, the total volume of greenhouse gas emissions in the country decreased by 40%, explained by its economic crisis during this time. In reality, it means that the Russian Federation can continue to increase its emissions by about 10% in the next ten years and not violate its obligations.

Simultaneously, last year with a share in the world’s GDP of less than 2%, Russia contributed 5% of CO2 emissions, according to the Union of Concerned Scientists. Moreover, these calculations do not consider Tier 3- CO2 emissions from oil, gas, coal, which Russia supplies abroad, and which causes environmental distraction in other countries. In this light, the contribution to the climate change process is even more frightening.

In contrast, with 25% of the world’s GDP share, the US emitted 15% of global CO2. On February 26, US President Biden signed the executive order to put an additional burden on CO2 emitters. For now, the social cost of emitting CO2 is $51 per ton and $1500 per ton on methane (natural gas/LNG). However, experts expect that it should be several times higher for CO2. This step should stimulate market participants to reduce more emissions via new technology like CCS and power supply diversification.

In Russia, new environmental technologies do not play a prominent role. The position of the Russian leadership also has a significant influence on it. In particular, on March 2, at a meeting on the development of the coal industry, Russian President Vladimir Putin sharply criticized the work of alternative energy sources in the United States in light of Texas’s recent energy crisis; two years earlier, he doubted their environmental friendliness.

Interestingly, the Russian government is more reliant on the Siberian forests than on the deployment of new technologies. The official position is that country will reduce emissions, “taking into account the CO2 absorptive capacity of forests.” Many experts argue that for reaching UN goals on climate change, the world needs around 20 billion new trees, which is impossible.

Again, from this perspective CO2 emissions reduction can be reached only via new technologies deployment. In this context, Russia lags far behind. For example, the first CCS project in Russia is under consideration by energy company Novatek, while American Exxon has already launched around 20 CCS projects. Of course, some Russian companies (Rosneft and Gazprom, for example) made statements and steps toward carbon neutrality. For example, recently Gazprom delivered carbon neutral LNG to Shell. However, it is only the beginning of the process and simply not enough to change the whole country’s situation.

Russia also does not have its emission control system. In this context, to look at the Carbon Pricing Dashboard on the World Bank website – only Russia and Africa represent two big gray spots on the global map, meaning that such a system is not there and is not expected anytime soon.

At the end of February, the Russian government submitted to the State Duma (lower chamber of parliament) a bill proposal, “On limiting greenhouse gas emissions,” which provides two registers – greenhouse gas emissions and carbon units. However, one of the market participants who studied this bill believes that this is a very gentle proposal for the industry at the initial stage. Furthermore, the document may lose all actual language in the end due to the strong coal, petrochemical, oil, and gas lobby.

In conclusion, since Russia has not announced ambitious climate goals, most likely, all its carbon-intensive products will come under attack not only by the EU but also by the other countries’ future legislation. Even China, a main Russian ally in arguments with the West, stands behind all environmental initiatives.  So far, we cannot speak with confidence about Russian business losses due to the new EU regulation. Meanwhile, the co-owner of Russian oil company Lukoil, Leonid Fedun, said in an interview with Russian newspaper Kommersant that, according to KPMG’s estimates, these payments might require € 3 billion per year “in an optimistic scenario and € 8 billion in a pessimistic scenario.”  The oil and gas industry will lose from € 1–3.5 billion. Of course, these costs could be just the first wave for Russia in the context of its new climate change battle.