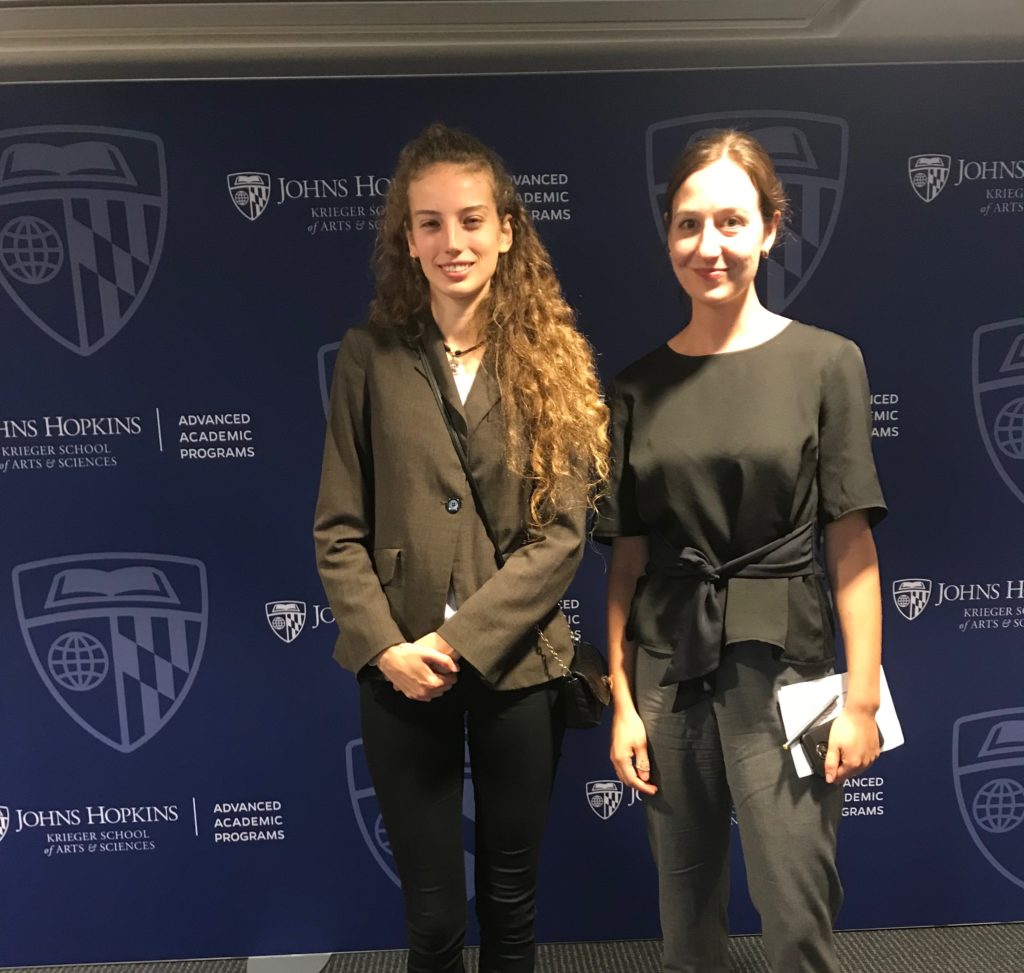 On September 9th, 2019, the New York Center for Foreign Policy Affairs held a briefing on East Africa (political and developmental issues with a focus on women in East Africa). The briefing was held at Johns Hopkins University and featured two speakers: Saskia Brechenmacher from the Carnegie Endowment for International Peace and Maya Garner from the International UN Watch. Both speakers gave excellent presentations and answered a variety of questions from the audience.

Saskia’s portion of the presentation focused on women’s political representation in Sub-Saharan Africa and East Africa. In regards to the number of women serving in parliament, East Africa performs generally well: 36 percent in Burundi, 34 and 37 percent in Uganda and Tanzania. Rwanda holds the highest number of women in the world at 61 percent while Ethiopia maintains approximately 39 percent. Saskia dove deeper and explained why these variations exist. She discussed how gender quotas play a prominent role, how the overall history of political conflicts contributes, and how different women movements also has impacted these numbers.

Saskia also highlighted international efforts to support women’s political empowerment in East Africa. While democracy assistance has typically been gender blind and most women’s empowerment programs focused on economic empowerment, the field activities aimed at supporting women’s political participation has grown. In the United States, it has become an important realm of activity for USAID, the National Endowment for Democracy, NDI, and the State Department. New emphasis has been placed on Women, Peace and Security, which particularly focuses on women’s involvement in transitional processes. Programming to support women’s political empowerment mostly consists of training for women candidates and elected officials, support for quota campaigns (led by state officials or civil society), some work with political parties on women’s participation, and support for networking between elected women, e.g. gender caucuses in parliaments.

This is just a small summary on what Saskia covered in her detailed presentation.

Maya took her presentation a different route and discussed trade, manufacturing, the Red Sea Ports, Russia, and China. and tied it in to how they impacted women in the region. Maya discussed how a long-term strategy for the African Union is regional trade integration, intra-African trade. However, since travel across the continent is expensive, cross-border business is difficult. She highlighted the possibility and idea of creating an open market similar to the European Union in the region to reinforce collective economies.

Maya also tapped into the challenges in the region. In Rwanda’s rising economy, there is the expense of human rights and fair democracy. In Ethiopia, while there is economic growth, there are violent protests. In Tanzania, there is economic growth, but an undemocratic, dictator like leader. Overall, there are rising levels of public debt. There are also ethnic divides and ethnic violence (for instance, the double election in Kenya). Droughts are also more common in East Africa, partly due to forced migration, volatile food supplies, and climate change. In fact, Africa is among the world’s most vulnerable to climate change.

Maya tied all of this into its impact on women in East Africa. She discussed how efforts to promote women’s rights through NGO’s, alliances and coalitions has seen a decline in funding. The UN has put forward 17 global Sustainable Development Goals, known as SDG’s, which the UN aims to achieve by 2030. Goal number five focuses on women’s rights and gender equality. In East Africa, the issues with trade at the Red Sea Ports creates economic inequality between rich and poor and this negatively impacts women. Lack of investment in agriculture makes it severely difficult for small-holder farmers where women are the majority.

There are several examples discussed detailing how trade, the economy, development, and foreign policy impacts women and their representation. NYCFPA wants to thank both Saskia and Maya for sharing their expertise in this important briefing.