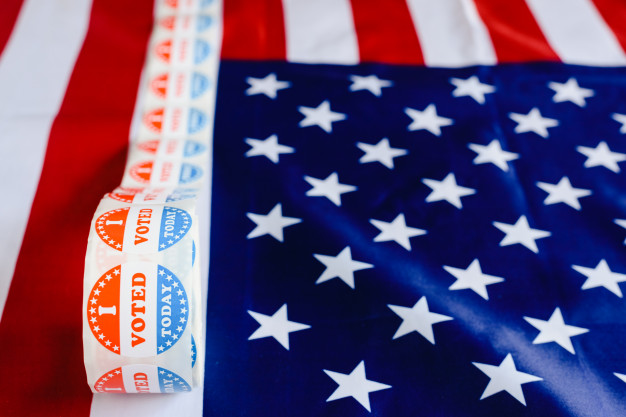 The discussion began with the analysis of the Democratic primaries, and explored the initial complications Biden had to get his footing established for the party nomination.  Dan Lipner offered that Biden did not do too well during the caucus in Iowa, Nevada, and New Hampshire, but was able to win South Carolina. Numbers changed that people did not see coming, specifically Elizabeth Warren’s loss in her home state of Massachusetts. Then, surprisingly, Biden won in Virginia. Also, contrary to popular belief, Harris had the biggest kick-off event for the primary season with 25,000 people showing up for her announcement. Athough Biden was not everyone’s first choice, he was considered everyone’s safe choice because he was reliable on all the issues and has held the position of Vice President. John Allen added that the vast majority of voters did not want Sanders as their nominee, and they thought he was going to win the bid.  Furthermore, Biden became the strongest of the candidates in the ‘Stop Bernie’ movement.

The panel also addressed the political strategy behind the Biden-Harris ticket in addition to the platform and perception of the Democratic party.  The perception of the Democratic party is that it is there for women and African Americans, but not necessarily the working class and that there is an elitist reputation to overcome. Though the Democratic coalition is very diverse, it struggles to have a message that appeals to all audiences. John Allen offered that Biden is the more centrist nominee of the Democratic candidates, and that he started with the greatest recognition being Vice President for 8 years.  Although, Steve Clemons noted that Biden’s record is actually a lot more progressive than many give him credit for.

Conversely, looking at Trump’s run for re-election, voters continue to give Trump credit with the economy. Blue collar moderates could be the key deciding factor in this election, COVID or not, this election is still about jobs and the economy.  The question challenging Trump’s re-election bid is, can Biden bring that sector back to them, or can Trump keep those voters in his realm?  Similarly, though public perception is that  Trump is handling law and order better, Biden is handling COVID-19 better.

Lastly, the discussion shifted to the role of foreign policy and its relevance to voters in this election.  Though foreign policy affects everyday lives across the world we are not seeing the foreign policy (besides COVID) issues that have come up in the past, such as withdrawal from the World Health Organization.  It is hard to see much movement in this area because neither candidate is likely to move very much in their positions.

If you were unable to attend this event, you can watch a recording of the full webinar here.