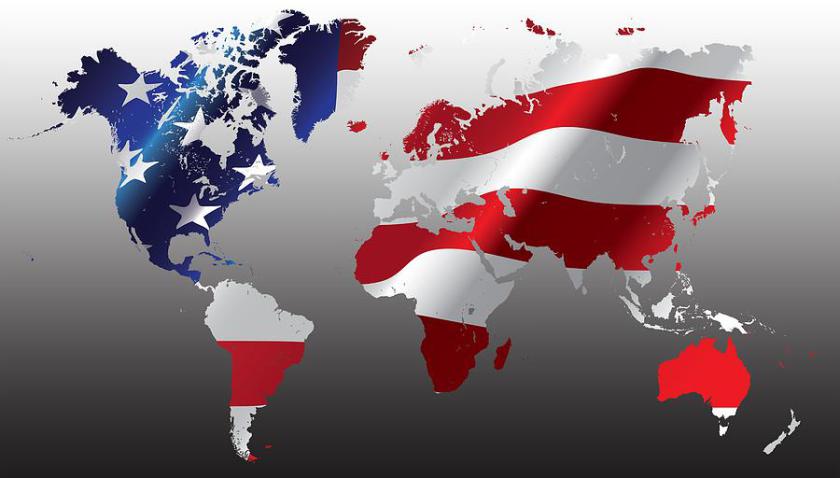 In the 1990s, US officials, all of whom would go on to serve in the George W. Bush White House, authored two short, but deeply important policy documents that have subsequently been the guiding force behind every major US foreign policy decision taken since the year 2000 and particularly since 9/11.

These documents include the Defense Planning Guidance for the 1994–99 fiscal years (more commonly known as the Wolfowitz Doctrine). This document, as the name implies was authored by George W. Bush’s deeply influential Deputy Defense Secretary Paul Wolfowitz as well as I. Lewis “Scooter” Libby, who served as an advisor to former US Vice President Dick Cheney.

The other major document, A Clean Break: A New Strategy for Securing the Realm, from 1996 was authored by former Chairman of the Defense Policy Board Advisory Committee in the administration of George W. Bush, Richard Norman Perle.

Both documents provide a simplistic but highly unambiguous blueprint for US foreign police in the Middle East, Russia’s near abroad and East Asia. The contents of the Wolfowitz Doctrine were first published by the New York Times in 1992 after they were leaked to the media. Shortly thereafter, many of the specific threats made in the document were re-written using broader language. In this sense, when comparing the official version with the leaked version, it reads in the manner of the proverbial ‘what I said versus what I meant’ adage.

By contrast, A Clean Break was written in 1996 as a kind of gift to Israeli Prime Minister Benjamin Netanyahu who apparently was not impressed with the document at the time. In spite of this, the US has implemented many of the recommendations in the document in spite of who was/is in power in Tel Aviv.

While many of the recommendations in both documents have indeed been implemented, their overall success rate has been staggeringly bad.

Below are major points from the documents followed by an assessment of their success or failure.

This objective is in many ways both the clearest initial success and also the most strident overall failure.

In 1996, Richard Perle suggested that removing Saddam Hussein from power would be good for the US and Israeli interest because it would weaken a powerful, large Arab state that had poor relations with the US since 1990 and historically poor relations with multiple regimes in Tel Aviv. While Iraq’s President was removed from power by illegal force in 2003, that which happened subsequently, did not deliver the outcome Perle had desired.

A Clean Break suggests that a post-Saddam Iraq could and should be ruled by a restored Hashemite dynasty, which was originally overthrown in 1958. Perle continues to suggest that Jordan, the last remaining Hashemite state in the Arab world, could work with Israel and the US to make this happen. Even more absurdly, Perle suggests that a Hashemite would-be union between Jordan and Iraq would be able to command more loyalty from Hezbollah supporters in Lebanon than Iran.

The realities could not be more different. After the illegal 2003 invasion of Iraq, the idea of restoring the Hashemite dynasty was never again floated in any serious forum, as the idea would be simply impossible to implement. There was no will among any major faction in Iraq to restore a monarchy that was overthrown in a revolution in 1958 that many Iraqis continue to look back on with national pride.

Ironically, the biggest Arab bulwark against a resurgent Iran was Saddam Hussein. In the 1980s, the future neo-cons realised this, though they seemingly ignored what they once knew, as early as in 1992.

Since Saddam Hussein’s removal from power and violent execution, Iraq’s majority Shi’a population have generally rallied around Iran politically, militarily and spiritually. Iraq has recently signed a defensive military pact with Iran and it is well known that many of the Shi’a volunteer brigades which are fighting ISIS in Iraq have received training and advice from Iranian experts.

While the US bases in Iraq make a US military presence closer to Iran than it was prior to 2003, by the same token Iran’s influence in the Arab world, especially in Iraq has grown substantially. In any case, the desired illegal ‘regime change’ war against Iran will likely never happen for two reasons. First of all, many in the Pentagon and in Washington moreover, realise that such a war would be an unmitigated disaster for the US and secondly, Iran has many influential international partners that it did not have in the 1990s, primarily Russia. Russia as well as China would not stand for a war on Iran in 2017.

In this sense, the US got very little of what it claimed it wanted in overthrowing Saddam apart from the weakening of a united Iraq.

2. ‘Containing’ Russia and China by preventing them from becoming superpowers (Wolfowitz Doctrine)

This policy has failed on every front. Since the rise of George W. Bush, the first White House adherent to the Wolfowitz Doctrine, Russia and China have risen to a status which means that there are three global superpowers, not the lone American superpower dreamt of by Wolfowitz and Libby.

China’s economic rise has fuelled a more robust stance from Beijing on global affairs. China now vigorously defends its claims in the South China Sea, has continually outflanked the US on the Korean issue, is engaged in the building of One Belt–One Road, the most wide reaching trade and commerce initiative in modern history and has opened its first military base overseas.

At the same time, the People’s Liberation Army continues its modernisation programme, making it as formidable a force which for all practical purposes, is as battle ready and capable as those of the US and Russia, countries which during the Cold War, had far superior armed forces to China.

Likewise, Russia’s return to superpower status, has been equally crushing in respect of the goals of Wolfowitz and Libby. Russia has not only strengthened old alliances but is now an important ally or partner to countries which were former Cold War opponents or otherwise non-aligned countries. This is true in respect of Russia’s alliances and partnerships with China, Pakistan, Turkey, Iran, Philippines and increasingly Indonesia. Russia is also becoming ever closer to South Korea and even Japan.

With Russia’s military now boasting modern defence systems which can rival those of the US and in many cases are objectively superior to those of the US, the idea that the US would prevent Russia from re-attaining super-power status and China emerging as a super-power has become a patent absurdity.

3. Containing Syria via Turkey and Jordan (A Clean Break)

For a while, this plan was implemented with some degree of success by the Obama administration. While Jordan never played a substantial part in the proxy wars on Syria, apart from being a NATO transport corridor, Turkey did help to undermine Syria’s sovereignty with its armed forces and its own proxies.

Turkey has quietly ceased its support for terrorist groups (aka the opposition) in Syria, is participating in the Astana Peace Process with long time Syrian allies Russia and Iran and is engaged in multiple trading and commercial deals with Russia, including the purchase of the Russian made S-400 missile defence system.

All the while, Ba’athist Syria has emerged from the conflict victorious with its commitment to the Palestinian cause as strong as ever.

Far from being “contained”, Syria is now more admired throughout the wider world than at any time in the last three decades.

In the original text of the Wolfowitz Doctrine, there was a provision stating that the US must work to make sure that places like Ukraine and Belarus became part of the US economic and geo-political orbit, maintaining both “market economies” and “democracies”.

The 2014 US engineered coup against the legitimate government in Kiev was a knee-jerk US response to the fact that Ukrainian President Viktor Yanukovych rejected an economic association agreement with the EU, under the guise that the Ukrainian economy cannot afford to cut itself off from Russia. 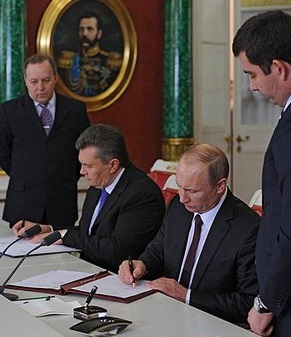 Yanukovych was subsequently overthrown in a violent coup, and a neo-fascist pro-western regime was installed. However, this can hardly be considered a success as the sheer violence and incompetence of the current Kiev regime has made it so that Ukraine, a place whose borders were always dubious to begin with, will almost inevitably fracture into something unrecognisable.

Already, much of Donbass has been incorporated into the Donetsk and Lugansk People’s Republics that will never go back to Kiev rule and Crimea, whose relationship with Kiev was even more tenuous is now happily reunited with the rest of the Russian Federation.

Seeing the coup in Kiev, Belorussian President Alexander Lukashenko has pledged to crack down on any would be trouble-makers, all while remaining a committed albeit tantrum prone ally of Russia.

In 2017, Hezbollah is not only more popular than ever, but is militarily might is stronger than at any time in its history. Hezbollah’s role in fighting terrorism in Syria has won the party praise from groups in Lebanon that previously were never keen on Hezbollah, as well as individuals in the wider world who seek to build a genuine anti-terrorist coalition.

The conflict in Syria has drawn Iran, Iraq, Syria and southern Lebanon (the heartland of Hezbollah) closer together than they have ever been. This has in many ways been a result of the common cause of fighting groups like ISIS and al-Qaeda that bound them all together.

In 2006, Hezbollah dealt Israeli forces a major defeat in South Lebanon. Today, Hezbollah is even stronger and everyone in Israel is all too aware of this.

This was a major failure in respect of implementing the ‘destruction’ of Hezbollah advocated by Richard Perle.

6. North Korea not to be allowed nuclear weapons (Wolfowitz Doctrine)

The fact that North Korea just tested what is widely believed to be a hydrogen bomb, is a clear indication that this major goal of Wolfowitz and Libby has failed.

Beyond this, while Russia has condemned both North Korea and US led provocative acts on the Korean peninsula, Russian President Vladimir Putin has acknowledged that North Korea does have the right to self-defence, something which has become even more prescient after North Korea witnessed the destruction of Iraq and Libya which did not have weapons capable of deterring a US invasion.

Russia and China have clearly seized the initiative on the Korean issue. Apart from launching a disastrous war on North Korea, the US can now do little to change the realities in Pyongyang.

The aggregate effect of this analysis indicates that the US is still highly capable of starting wars and igniting conflicts throughout the world, but that it is likewise hardly ever capable of winning these conflicts or even achieving a majority of its own stated goals.

As the two most revealing foreign policy documents from the US in the post-Cold War era, both the Wolfowitz Doctrine and A Clean Break have been abject failures. In many cases, in attempting to achieve the goals of these documents, the United States has ended up achieving the opposite.

The US is militarily strong, but strategically, diplomatically and geo-politically, it is actually close to impotent.

The original source of this article is The Duran 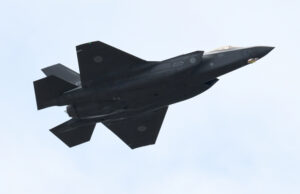