Lost in the Middle East 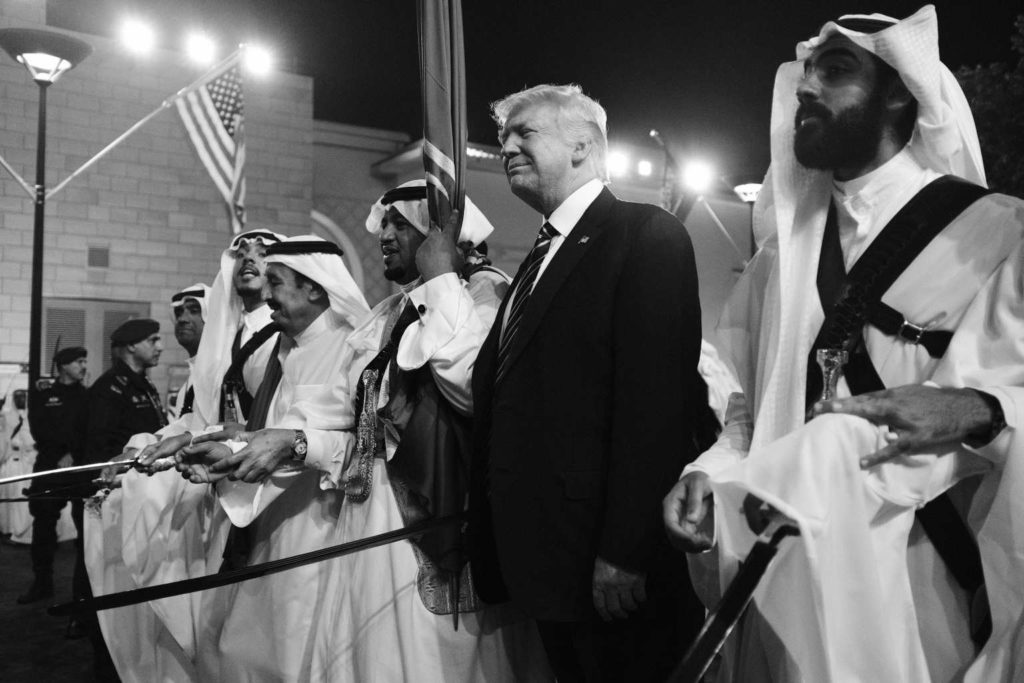 Last Friday’s military operation against Syria accomplished little. The message the United States and its allies intended to send to Bashar al-Assad’s regime about the use of chemical weapons was so feeble that leaders in Washington, Paris, and London would have been better off saving the money spent on jet fuel and cruise missiles. The whole spectacle reflects what so many have already concluded: President Donald Trump has no Syria strategy.

It is a fair point. But it doesn’t explain why the Syrian conflict, which has destabilized the Levant and Europe, has been seemingly beyond the ability of U.S. officials and analysts, even before the current administration, to resolve or even manage. That requires an understanding of the broader, unresolved debate about America’s role in the world.

The United States is at an interregnum between the world that existed from April 11, 1991, to March 19, 2003, and the one that has not been born yet. The inconclusive argument that the policy community — broadly speaking including U.S. officials, Washington-based analysts, opinion writers, journalists, and traditional scholars — has been having about Syria over the last seven years is also a debate about U.S. interests and foreign policy in a new era that no one yet knows or understands. In this ill-defined moment, Americans are unsure of what they want and what is important to them, but they are nevertheless obliged to make consequential decisions. That’s why two U.S. presidents have failed to resolutely address a conflict that has produced so much carnage and done so much damage to long-held U.S. interests in the Middle East; in short, they haven’t been sure whether those interests are still valid.

The evolution of the Syrian conflict from peaceful uprising to civil war to regional proxy war with jihadis and great powers in between has produced a staggering level of complexity that has even made it hard to ascertain who is fighting whom, on whose behalf, and why. Syrians have paid an unimaginable price with almost half a million people dead and 11 million, about half the prewar population, displaced and traumatized. The coldbloodedness of Assad, his family, their courtiers in Damascus, and their enablers in Tehran and Moscow is squarely to blame for this mass murder and suffering.

The sins of the West are manifold, too — most of them borne of wishful thinking, exhaustion, stupidity, or some combination of all three. How else would otherwise well-informed people conclude in 2011 that it was “only a matter of time” before Assad fell? Why else would many of the same people underestimate the Iranian and Russian commitment to the Assad regime? Or put faith in an agreement to dispose of Syria’s chemical weapons that Russia brokered?

There are many more questions that one can ask about the last seven years, but there is no point in relitigating them yet again because the state of the debate remains almost exactly where it was in 2012, divided between those who advocate direct U.S. intervention in the Syrian conflict as a means of bringing it to an end and those who want to stay out of what they regard as someone else’s Middle Eastern war. (Full disclosure: In seven years, I have argued in favor of both positions.) Yet few have ever seemed to want to grapple with the full consequences of these positions — escalation and the risks associated with it in the one instance and Assad’s victory in other.

Steven A. Cook is the Eni Enrico Mattei senior fellow for Middle East and Africa studies at the Council on Foreign Relations. His new book, False Dawn: Protest, Democracy, and Violence in the New Middle East, was published in June.

The result, beyond the fight against the Islamic State, is a muddle. That’s reflected in policies that “do something” — the default has been to train and equip proxies on the ground but also to conduct air and missiles strikes — for the sake of doing something but making little difference in the outcome. The strike on April 13 was paradigmatic of this problem. Trump was resolute about the purpose of and justification for the operation but also reaffirmed his decision to leave Syria “very soon” and let regional actors sort it out.

This kind of incoherence is not unique to Syria, however. The problem plagues U.S. policy in Yemen, Iraq, Israeli-Palestinian peacemaking, and even Iran. These issues and countries represent difficult challenges; Americans do not know what they want in any of them; and neither the current president nor his predecessor ever defined what should be important to the United States in the region.

There is something inherently challenging in defining national interests. When analysts try, their definitions tend to get caught up in circular reasoning: “If a country does X to achieve Y, then Y must be in its interest. How does one know that Y is in the country’s interest? Because it did X.” But history can help navigate the problem. If one were to survey the post-World War II era through the turn of the century, the interests of the United States become clear through its actions — what Americans and their leaders were willing to spend resources on, make sacrifices for, and defend. A short list emerges: the free flow of oil from the Persian Gulf, helping protect the security of Israel, ensuring that no country other than the United States dominates the Middle East, counterterrorism, and nonproliferation (though you can make an argument that the last two are derivative of the first three). This translated into policies such as countering the influence of the Soviet Union, containing Iran and previously Iraq, embracing Saudi Arabia, maintaining Israel’s qualitative military edge over its neighbors, and transferring $80 billion to Egypt. Taken together, these constitute the United States’ traditional bipartisan approach to the Middle East.

Although these policies have dominated U.S. thinking about the Middle East for much of the last seven decades, they no longer seem to be a given. Counterterrorism remains an emotive issue, but now that the United States is set to become the largest producer of oil in the world, the commitment to Saudi Arabia and the Persian Gulf may no longer seem as urgent or worthwhile. Besides, can’t wealthy Arab states buy “beautiful” weapons, in Trump’s words, and take care of themselves? Israel remains popular among Americans but over time has become a partisan issue, raising questions about the importance of Israeli security to an apparently large number of Americans who vote for the Democratic Party. And it seems that Americans and their leaders are no longer willing to shoulder the burden of being the dominant power in the Middle East.

This is where the Syrian conflict is decidedly not about Syrians. Instead, it is about the extension of Iranian influence in the region and the re-emergence of Russia as a power in the Middle East (though Moscow’s aspirations are broader than Iran’s, intended to weaken the West). It is a place where all U.S. interests — as defined above — are engaged and at risk. Yet the impulse from the Barack Obama and Trump administrations, as well as large numbers of Americans, is to stay out of the conflict. Maybe it is Iraq fatigue, but Iraq fatigue is a function of the same problem: Americans are unable to answer whether the investment is worth it. It is no wonder that, over the last three or four years, regional allies are pursuing their own interests regardless of what Washington believes is wise.