The US gets more from its Mideast policy than Trump thinks 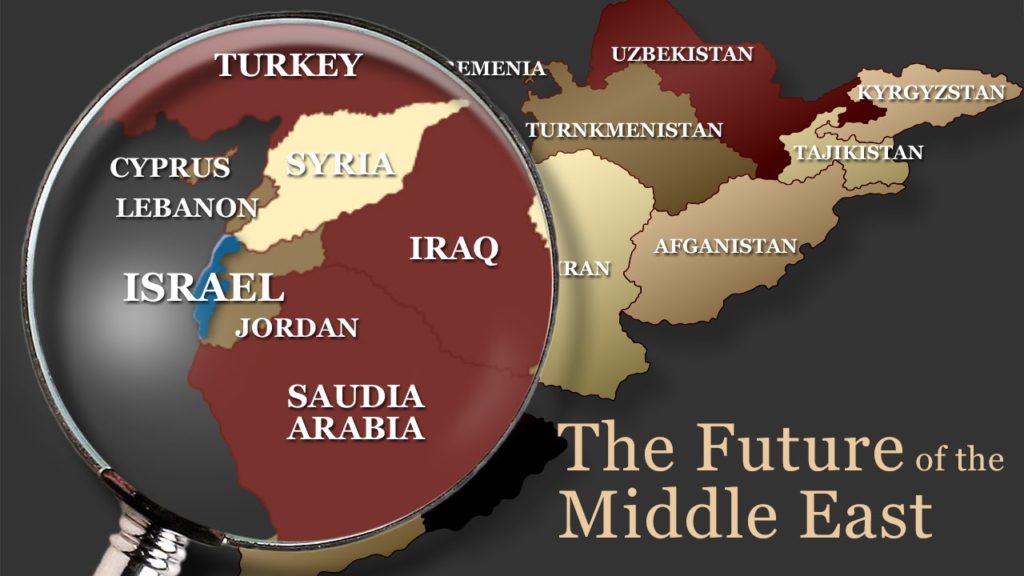 CNN – After two wars in Iraq, the Arab Spring, Syria’s conflagration, ISIS’s near defeat and Russia’s regional resurgence, this is US policy in the Middle East as of April 2018.

“We will have, as of three months ago, [spent] $7 trillion in the Middle East over the last 17 years. We get nothing — nothing — out of it. Nothing.”
“And as you remembered — in civilian life — for years I said, ‘keep the oil,’ I was always saying ‘keep the oil.’ We didn’t keep the oil. Who got the oil? It was ISIS got the oil, a lot of it … that’s what funded their campaigns … I want to get back and I want to rebuild our nation.”
This is, of course, the old Trump 2016 campaign foreign policy, but now it is happening in the real world.
These are comments not made by a candidate from a campaign stump, but by the US President next to the leaders of the Baltic states, days after a US special-forces soldier was killed in Syria by an ISIS-laid mine.
Trump’s sentiments of exhaustion and financial fatigue are hard to fault, his “take the oil” bluntness perhaps easier to. But this wasn’t all Trump said on Tuesday. 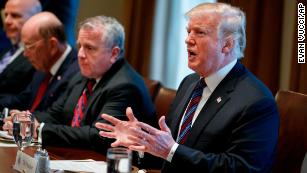 For Trump, Syria policy is all about the economy — and private jumbo jets
“As far as Syria is concerned, our primary mission in terms of that was getting rid of ISIS. We have almost completed that task, and we will be making a decision very quickly — in coordination with others in the area — as to what we’ll do,” Trump said.
“Saudi Arabia is very interested in our decision. And I said, ‘well, if you want us to stay, maybe you’re going to have to pay,'” he continued.
“But a lot of people … we do a lot of things in this country … we do ’em for a lot of reasons. But it’s very costly for our country, and it helps other countries a hell of a lot more than it helps us.”
“Think of it — $7 trillion over a 17-year period and we have nothing, nothing, except death and destruction. It’s a horrible thing. So, it’s time. It’s time,” Trump concluded.
However you parse these words, they are not flattering to America’s sacrifice in the region over nearly 16 years. (The 17 years he references would have to include the 2001 invasion of Afghanistan, which isn’t in the Middle East).
According to Trump, not only has the US lost thousands of soldiers — and led a war that caused the deaths of tens of thousands more — for “nothing” but “death and destruction.” He is also willing to contract their services out as a regional enforcer, putting more American lives at risk, if the Saudis pay up. To many observers, these words would have been staggering.
So what are US troops doing in Syria? In February they gave us a tour of their secretive bases. There are small pockets of ISIS they are still hunting on the Iraqi border and in the wide expanses of desert. 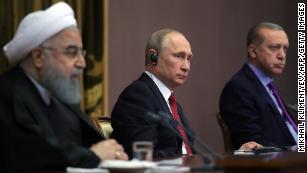 The Russia-Turkey-Iran solution for Syria leaves key issues unresolved
The US presence can also be felt west of the Syrian Kurdish-held area known as Rojava, where US forces patrol the borderline between these US-backed Syrian Kurdish and Arab fighters and the Turkish-backed Syrian rebels who want to take territory back from them. They are, in effect, peacekeepers.
To the south of Rojava, US troops have a similar role in keeping the Syrian regime and its Russian backers at bay. When some regime-loyal militias, aided by Russian contractors, tried to seize an oilfield in February, they were met with intense US firepower, killing dozens.
The short-term argument for keeping US troops in Syria is about supporting these Kurds, both as an unspoken mark of gratitude for their sacrifice in nearly defeating ISIS and as a bulwark against the group’s re-emergence.
But there is a broader, more strategic picture here, which serves far more than Saudi Arabian interests.
Iran is using its strong presence in Iraq, Syria and Lebanon to secure its growing dominance in the region. US forces in Syria, while limited in capacity, can at least keep an eye on — and act as a speed bump for — that Iranian influence.
This suits the Saudis, who are Iran’s regional nemesis. But it also suits Israel, another US ally, who is becoming increasingly aligned with Saudi Arabia in its regional goals. It also suits Jordan, and the Gulf states, yet more US allies who would prefer to see Iran held in check.
While Turkey — another long-term ally of the US currently at odds with Washington — publicly despises the US support of the Syrian Kurds (whose Turkish brethren it calls terrorists), there must be a recognition in Ankara that if nothing else, the American presence in Syria can at least keep the Kurds there in check.
In short, a lot of interests are served by the US presence in Syria, which used to be part of an age-old game called “US strategic or regional interests.” 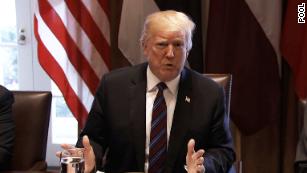 Trump will keep troops in Syria for short-term, but wants exit soon
The short-lived public “are they staying or leaving” theater came to an end on Wednesday, after it emerged that Trump had told his national security team the previous day that he was willing to keep troops in Syria a little longer, a senior administration official told CNN.
The official said Trump made it known that he wanted an exit strategy soon. He also repeated his request that America’s regional allies start paying for reconstruction in post-ISIS areas.
Over the course of 24 hours, and in the wake of a US soldier’s death at the hands of ISIS, Trump’s rhetorical flourishes were everywhere and nowhere: The wars had all been pointless; $7 trillion bought the US nothing in the Middle East; the Saudis would have to pay from now on.
But now we are right back where we were before, the fate of serving Americans reduced by the President to a moment of public debate and distraction.