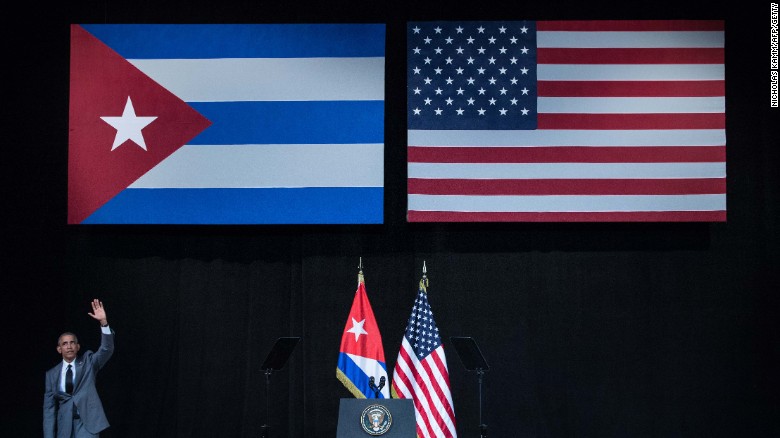 New York Institute For Foreign Policy Affairs (NIFPA) urge the American Administration to adopt further lean policies towards Cuba. NIFPA argues that Cuba after Castro is on the verge of dramatic socio-political evolution. Thus, a slow and friendly pro change approach should be used in dealing with Havana.

The American administration must

realize that the change in the country is happening and it should refrain from putting any conditions to end the remaining sanctions.

The economic embargo on the country is having tremendous repercussions on the general populations. Reportedly, the Cuban government estimated that U.S. trade restrictions cost the country $4.6 billion in economic damages in 2015 and a total of $126 billion since the start of the embargo.

In early 2016, President Obama took real steps to end the isolation of Cuba. But, unfortunately the current Trump Government seems not keen to fully end the embargo and other sanctions.

Background
The U.S.-Cuba relationship has been plagued by distrust and antagonism since 1959, the year Fidel Castro overthrew a U.S.-backed regime in Havana and established a socialist state allied with the Soviet Union. During the half century that followed, successive U.S. administrations pursued policies intended to isolate the island country economically and diplomatically. The United States has sanctioned Cuba longer than any other country.

Presidents Barack Obama and Raul Castro, who replaced his brother as Cuban leader in 2008, took some extraordinary steps to normalize bilateral relations, meeting with each other, restoring full diplomatic ties, and easing travel restrictions. President Donald J. Trump has reversed some actions taken by the Obama administration and raised the prospect that the United States will further roll back ties. Both Castroism and hard-line policies toward the United States are expected to continue under President Miguel Diaz-Canel, who succeeded Raul in April 2018.
-End-