Should America hold Arms Export to Saudi Arabia and UAE? 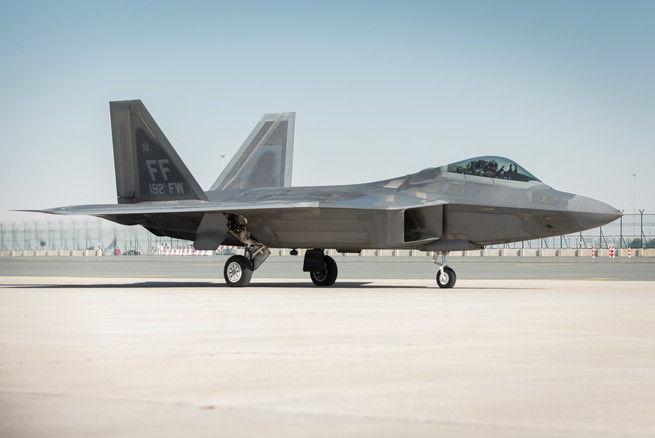 Since the outset of the war in Yemen, the United States has been supporting the Saudi-UAE intervention in the conflict. The assistance  has basically included providing logistical services and training, arms sales, and sharing intelligence for targeting. This support is critical  for Saudi Arabia and the UAE to proceed with their air campaign that is still targeting civilian areas and essential civilian infrastructure in violation of international law. Yemen was already the poorest country in the Middle East, and the war has worsened an already dire situation. It comprises the world’s largest humanitarian crisis, and the U.S. is complicit in expanding the suffering.

According to the UN, the country is now facing “the worst man-made humanitarian crisis of our time.” The U.S. is accused of helping Saudi Arabia and the UAE commit war crimes and related atrocities in Yemen for years now. The Trump Administration has worsened the current situation in Yemen by stepping up the U.S. military’s role in the conflict and ramping up arms sales to Saudi Arabia and the UAE. It has also been reported that the UAE and Saudi Arabia have transferred U.S. weapons to third parties, and used U.S. weapons to gain the support of militias known to be human rights aggressors. Consequently, the Saudi-UAE campaign to reinstate political order only strengthens jihadists in Yemen, including Al-Qaeda and Islamic State-linked terrorists. Therefore, America should urgently exert its full-fledged efforts to rescind arms exports to both states, Saudi Arabia and the UAE.

In the external coalition that was established in 2015 to intervene in the Yemeni war, Saudi Arabia undermines fundamental human rights, targets innocent people, kills dissidents, subjects the lives of millions to starvation and famine, and supports and strengthens terrorist groups. In 2011, it intensified its efforts with the UAE to quash the pro-democracy protest movement in Bahrain.

The UAE has also been accused of committing flagrant human rights violations. According to a report made by the United Nations-appointed Group of Eminent Experts, the UAE is accused of committing war crimes in Yemen. These atrocities include enforced disappearances, torture, and the use of child soldiers. Many of these violations have occurred in a network of clandestine prisons in Yemen where detainees are held in poor hygienic conditions and limited air ventilation. In addition, security officials have sexually, physically, and psychologically abused detainees through unlawful means, like sleep deprivation, electrocution of the genitals, chest, and armpits, beatings, and rape.

It is grievously disturbing to ascertain that Saudi Arabia and the UAE have been committing grave human rights violations in Yemen using U.S.-made weapons. With the help of America’s logistical support and training, Saudi Arabia and the UAE have launched deadly attacks in Yemen since March 2015. The U.S. Air Force has provided significant aerial refueling for Saudi-UAE jets that also use U.S.-made weapons to launch damaging  assaults on Yemen.

Thanks largely to crack reporting from CNN, it is increasingly  well known that the U.S. is not only complicit in poor oversight of its key MENA allies, but also of course the largest arms supplier to Saudi Arabia and the UAE. “The U.S. has struck at least $68.2bn worth of deals for firearms, bombs, weapons systems, and military training with Saudi Arabia and the UAE since the beginning of their military intervention in Yemen – billions more than previously reported,” according to data collected by an American think tank [which one?].

In fact it would appear  the Saudi and the UAE coalition would be incapable of waging the war without U.S. weapons, according to experts. In accordance with the estimate published in October 2019 by Armed Conflict Location & Event Data Project (ACLED) the Yemeni war has led to more than 100,000 casualties since 2015, including over 12,000 civilians killed in direct attacks.

Not only Saudi Arabia and the UAE commit crimes in Yemen using U.S. arms, but recently they also have been accused of handing off American military equipment to third parties. A CNN investigation found that American-made armored vehicles as “MRAPs” sold to Saudi Arabia and the UAE, were transferred to terrorist groups including al Qaeda-linked fighters, Iranian-backed rebels, and other militias, in violation of agreements with Washington, and these groups have used weapons against the recognized Yemeni government, that is internationally supported by America. By doing so, Saudi Arabia and the UAE are breaking the terms of arms sales with the U.S., according to the Department of Defense.

With regard to the human rights abuses occurring in Yemen, numerous countries have been taking  a firm stance in opposition. Countries like Norway, Sweden, Austria, Greece, and the Belgian region of Wallonia have halted weapons exports to Saudi Arabia. Other countries like Germany have also imposed a six-month ban on exports of weapons to countries participating in Yemen’s civil war, while the United Kingdom, Denmark, Finland, and the Netherlands have banned futures arms sales to the Saudi Arabia led-collation. Austria has also called for imposing an EU-wide arms embargo on the Saudi and UAE coalition for their atrocities committed in the conflict.. However, Trump has increased the U.S. military’s role in the conflict and doubled down on arms sales to Saudi Arabia and the UAE. Since April 2019, Trump has used his veto power four times to prevent Congress from halting U.S. military support and arms sales to Saudi Arabia and its allies. Unfortunately, Congress could not muster enough votes to override  Trump’s vetoes.

Through their resolutions, the Senate and the House have expressed their concern about American responsibility in the abuses taking place in Yemen. Despite their efforts to end U.S. arms sales to Saudi Arabia and the Emirates, President Trump has attempted to blunt Congressional disapproval by doubling down his support to both Saudi Arabia and the UAE. In fact at no time has Congress ever approved of U.S. military operations in Yemen, which were first initiated by former President Barack Obama and then proceeded with and even expanded by Trump.

“The conflict in Yemen is a horrific humanitarian crisis that challenges the conscience of the entire world. Yet the President has cynically chosen to contravene a bipartisan, bicameral vote of the Congress and perpetuate America’s shameful involvement in this heartbreaking crisis,” Pelosi has stated.

To conclude, the Saudi-UAE campaign in Yemen has harmed  U.S. interests. It extends and worsens a civil war that has escalated Al-Qaeda in the Arabian Peninsula’s (AQAP) presence there, needlessly engendered  new enemies of and hostility toward the United States, and degraded the U.S. standing as an exemplar of universal liberal and democratic values. Thus, as a beacon of democracy, the U.S. government should assume responsibility by abstaining from exporting arms to Saudi Arabia and UAE. It should also persuade these states to liberalize the MENA region and contribute to greater peace and stability there.  It is essential that Congress earnestly endeavor  to halt all arms sales to Saudi Arabia and the UAE, and to discontinue America’s role in the conflict. The United States should end all support for the Saudi-UAE military campaign, support UN-led peace talks by persuading the Saudis to settle with the Houthis, and create a settlement between the local Yemeni parties to the civil war.