Press Release: NYCFPA on OIG Report on “Emergency Arms Sales” to Kingdom of Saudi Arabia and Others 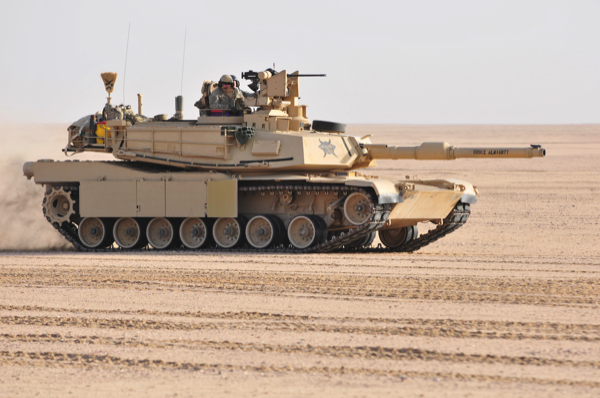 The New York Center for Foreign Policy Affairs (NYCFPA)  is troubled by the recent Department of State, Office of the Inspector General’s Report on the sale of tactical armaments to the Kingdom of Saudi Arabia and the United Arab Emirates.

Though the NYCFPA commends the Office of Inspector General (OIG) for conducting the investigation into the State Department’s role in arms transfers to the Saudi and Emirati governments it is concerning that this investigation had to be conducted in the first place.  Furthermore, the report showed $8.1 billion in 22 arms transfer cases to these foreign governments that were waived due to the Secretary of State’s emergency certification under Section 36 of the Arms Export Control Act (AECA). We believe that the justification and declaration offered by the Secretary of State do not qualify as an emergency. Foreign military sales with the UAE and KSA conflict for foreign and national security policy as demonstrated by the current situation in Yemen.

Additionally alarming, there is evidence that Secretary Pompeo may have used the “emergency certification” to go around Congressional disapproval and by-pass constitutionally mandated oversight of the agency.  The Inspector General reported that in early April 2019, Pompeo requested that his staff look into how the department could move forward with the transfer of arms sales and was given the idea of emergency declaration. It is noteworthy that before this emergency approval, Congress had blocked about 16 weapons transfers to KSA and UAE.

Not only does this congressional work-around harm civilians, the Center does not believe this situation constitutes an emergency due to previously approved

arms sales from 2019 that have not yet been transferred. Additionally, the Conventional Arms Transfer Policy (CATP) states that the US is interested in decreasing the risk of harming civilians as a result of supplying US defense articles and services to other foreign allies. The OIG report shows the State Department’s decision lacked consideration for civilian lives or compliance to CATP, although the report also states the efforts to reduce casualties is in the classified annex.

With the US granting $764 million of military aid in 2019, the US is the largest provider to the Yemeni crisis. The United Nations has characterized the conflict in Yemen as the world’s worst humanitarian crisis with 75% percent of the Yemenis population needing humanitarian aid and an estimate of 233,000 deaths by the end of 2019.

“We believe that the State Department is purposely and consciously skirting congressional oversight authority granted in the constitution.” says Justin Russell, Principal Director of the NYCFPA. “Yet again, the Trump Administration has supported Saudi aggression in the region unnecessarily, and these actions damage the possibility of long standing peace in the Middle East.”

The President’s Conventional Arms Transfer (CAT) policy requires the US to work with all recipients of US arms to increase their capability to decrease the amount of civilian harm that happens because of the use of these weapons. As KSA and UAE were the first to take advantage of that initiative, and if there is evidence they have taken advantage of those weapons to harm civilians, this merits taking a further look at stopping and stalling further arms sales.

This so-called emergency loophole is an appalling affront to the value of civilian life and continued sales outside the previously established protocol gives unnecessary military power to KSA and its allies.

Justin Russell, the NYCFPA’s Principal Director states, “We urge Congress, the State Department, and the Department of Defense to investigate and justify any future or military sales of tactical armament to these governments. It is our belief that without proper justification these foreign military sales enhance the aggression of these players instead of curbing the violence.”