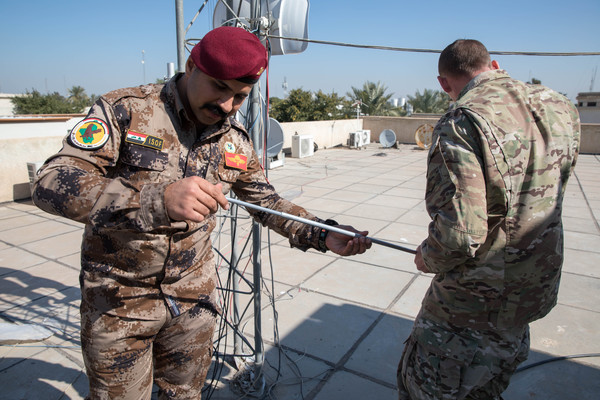 Iraq’s latest wave of protests erupted on 1 October 2019 when Iraqis took to streets in their thousands in Baghdad and across the country decrying the country’s deteriorating economic conditions, widespread government corruption, unemployment, and lack of basic services and denouncing Iraq’s ruling Islamic parties and their Iranian allies. Iraqi protesters called for toppling  Adel Abdul Mahdi’s regime and forming an interim government and early elections.

In an aim to curb theses protests,  the Iraqi leadership carried out internet shutdown and imposed a curfew. This gravely violates people’s right to impart or reverie information at the time of emergencies and their right to freedom of peaceful assembly. Accordingly, “The UN Special Rapporteur calls upon all states to ensure that Internet access is maintained at all times, including during times of political unrest.”

“The Iraqi authorities must stop the violent actions against the popular protest movement taking place across the country,” Said New York Center For Foreign Policy Affairs

NYCFPA condemns the killing of peaceful protesters and calls on the Iraqi authorities to take feasible measures to prevent further civilian casualties, ensure the Iraqis’ rights to freedom of assembly and expression to be respected, and hold accountable all those responsible for the atrocities happening in Iraq.

“The US government should have an urgent intervention regarding the fatal incidents occurring in Iraq to avoid more bloodshed, which may deteriorate the current situation and lead to uncontrolled unrest in the entire region.” Stated NYCFPA.

NYCFPA also calls upon the US government to put an end to these repressive actions and ensure the exercise of true democracy and protection of human rights in Iraq, and to impose sanctions if the current situation persists.