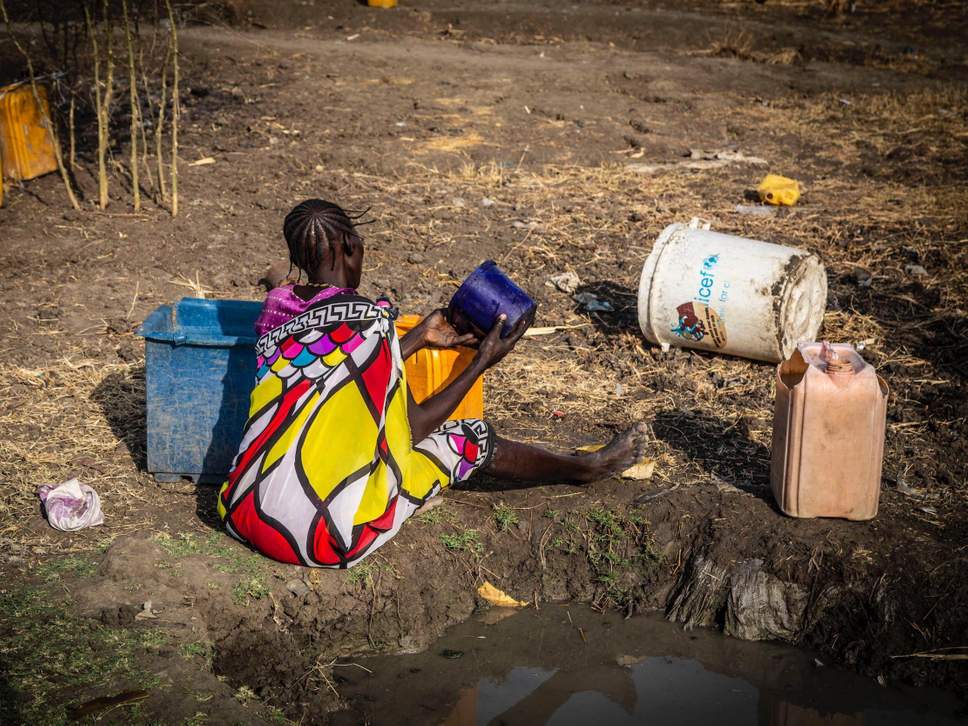 By Bel Trew – For the last five days Elizabeth, 44, who lives in an isolated village in South Sudan, has been living off wild berries and blood tapped from a neighbour’s cow because she has no food to eat.

The mother of eight risks being beaten or raped by gangs when she scavenges for bitter fleshless fruit in the bleak and dry bush around Gumuruk to feed her children.

She faces the same dangers during the punishing eight hour walk to the nearest fresh water pump.

Most of the boreholes around her village, which is located about 300km north-east of the capital Juba, have been destroyed in a five-year civil war that ripped apart South Sudan, sparking one of the most severe humanitarian crises in the world.

Despite a peace deal signed in September officially ending the conflict, she tells me nothing has been rebuilt and so she is even more desperate this year. With a blind husband, and too many mouths to feed, there is little she can do.

According to the United Nations, in 2019 a staggering 7.1 million, or two thirds of South Sudan’s population, will require humanitarian assistance, which is an increase on last year. Of that more than 5.2 million are going hungry.

This is even after the peace deal was signed between South Sudan’s president, Salva Kiir Mayardit, and the rebel group led by Riek Machar in September. The historic agreement ended most of the fighting that intermittently raged since 2013, killing at least 50,000 people and displacing over four million people internally and externally.

With the fighting dying down, some of the two million South Sudanese who fled to neighbouring countries may return, which will pile added pressure on scant and stretched resources.

“While the peace deal signed in September 2018 offers new hope for South Sudanese people, five years of devastating conflict has brought the country to its knees,” Ranjan Poudyal, Oxfam country director in South Sudan tells me.

He adds that it is now essential for the international community to give its full support to rebuild South Sudan and keep people alive.

“Each year, there are more hungry people – compared to 2018, even more people need support this year. Aid efforts have so far kept famine at bay, but we cannot be complacent now.”

There was a flurry of media attention around the country in 2017, at the height of the fighting, when pockets of famine were officially declared across different states within the county.

While the latest Integrated Food Security Phase Classification report has not identified specific areas of famine at the start of this year, around 36,000 people scattered across the country, including in Boma where Gumuruk is located, are in Phase 5 famine.

There are also several vulnerable areas like Yei and Lainya, where the data is simply not available, as skirmishes between rebel factions that are not party to the peace deal, and the government and opposition groups that are, has flared over the last few weeks.

Few are happy to speak about this, but they have apparently been internal tussles between the authorities and monitors over declaration of famine, with the government not wanting the “f” word to be used. The crisis in Boma has apparently been at the heart of that battle.

And that is why now, more than ever, aid is needed to pull South Sudan, which is finally at peace, back from the brink – and that is no more keenly felt than in Gumuruk.

“Hundreds have died from things like hunger already, and it’s mostly the women and children,” Elizabeth says as she bids goodbye.

“I have been living of fresh blood from an alive cow. I try to get wild fruit to survive. There are many like me. What can we do?”