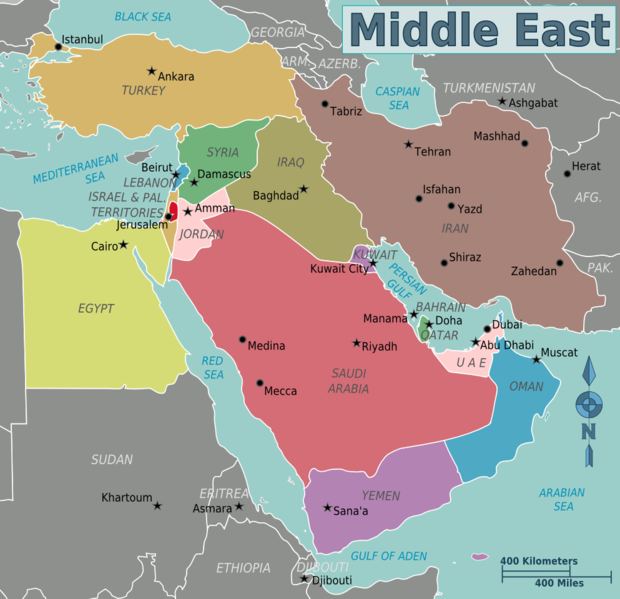 By NYCFPA Research Team in Lebanon – America has always been perceived in the Middle East as a powerful country that can maintain international peace, particularly in the Middle East. In 1956 America was perceived as a mythical heroic power that can put an end to the old and decaying imperialism of Great Britain, and France. President Dwight D. Eisenhower strongly intervened and pressured the  countries of the triple alliance ( Britain, France, and Israel) to immediately withdraw from Sinai peninsula and leave the Suez canal for the Egyptians.  In addition, America was seen as the front line protector of the middle Eastern Country against the communist expansion during the cold war; the common belief in the Middle East was that but for, the Americans, the Soviet Union would have invaded most of the middle East Countries and created communist regimes that would deprive people from their basic human rights. Unfortunately, this image has declined and now America’s image in the Middle east has suffered, and the mythical and heroic image degenerated and ended up by America as the Satanic power. This article will shed some light on the real reasons that caused that shift of Middle Easterners’ perceptions of America.

The fiasco of American foreign policy in Middle East

According to Ambassador Chas W. Freeman, Jr. American foreign policy in Middle East is controlled by American interests. America thought that  supporting Israel  in the Middle East would serve its national interests. Ironically, however, America’s blind support damaged the mythical image of America in the whole region extending from the Eastern Mediterranean to Iran and Arabia. In this regard,( Freeman, 2019)[1] confesses how America was mistaken when it supported Israel and made it the ‘Goliath” in  the Middle East. Describing the fiasco of American policy in the Middle East, freeman asserts that :

“ At no small cost to the United States in terms of the radicalization of Arab and Muslim opinion, oil embargoes, subsidies, gifts of war materiel, wars, and now anti-American terrorism with global reach, Israel has become a regional military Goliath, enjoying a nuclear monopoly and overwhelming superiority in the region’s battle space. But U.S. diplomacy has definitively failed” ( Freeman 2019).

Such a mistaken policy really made a radical shift in the image of America in the Middle East; there is an increasing resentment to all what is American, and the angelic and mythical image was replaced by a diabolic one.  Perhaps this is not clear to common Americans because the foreign American policy makers supported by vector media give an otherwise image. They are trying to tell them that they have very strong  strategic relationship with many Arab countries; unfortunately they have only good relationships with the puppet leaders of those country. All the chaos taking place in the Middle East is blamed on the American foreign policy in the Middle East  which keeps making Israel as its top priority.

Islamphopiea and the American wars against Muslim countries.

Another reason for the shift of Middle Easterners’ perception of USA, is the cold and the hot wars it is launching against Islam.  Immediately after the fall of the Eastern Camp in the 1980s, America, pushed by dubious Zionists, started to find a new adversary in the Middle East. Unfortunately  this new adversary was found after horrible attacks of 9/11/

2001. Again America committed a terrible mistake by portraying Islam as religion of bloodshed and killing. This image was even promulgated more by president Trump with his tweets which are full of Islamphopiea. Quoted in   BÜYÜKGEBIZ, Mustafa (2016)[2] Taniyan (2012) comments on the image on the new image of Islam as  : “The dominant image of fear” becomes “the Islamic terror” and “systematically, the public’s fear of terrorism has been enhanced and manipulated which renders the increasing government authority plausible” (Taniyan, 2012: 348) .  This image made BÜYÜKGEBIZ conclude that “the USA and the western civilization got a new enemy after a short break. Fear of communism replaced with the fear of Islam that would be called Islamophobia after 9/11.  America has taken Sept. 11th as a pretext to wage war on Muslim countries rather than on terrorists.  Iraq was the first country to be destroyed by the Americans under the pretexts of Sadam’s regime having mass destruction weapons. America has legalized the war on Muslims in the Middle East, and it has already lain  waste many countries in the region such as Syria, Libya and Yemen. America supported despotic regimes in the Middle East thus creating a feeling of hatred and repulsion to what is America.

The Americans’ need for regaining  their mythical image in the Middle East.

In the light of such it mistaken policy it has become difficult for peoples of Middle East to think of America as the savior and the protector of the Arab and the Muslim countries.   American is no longer seen as  an honest broker of the peace process, but rather a biased country to Israel, the  Apartheid  system planted in Palestine. It is now the responsibly of the freedom loving people in America to ameliorate the mythical image of America in the Middle East and make its policy resonate with the moral obligations dictated by the American Constitution and Declaration of Independence.