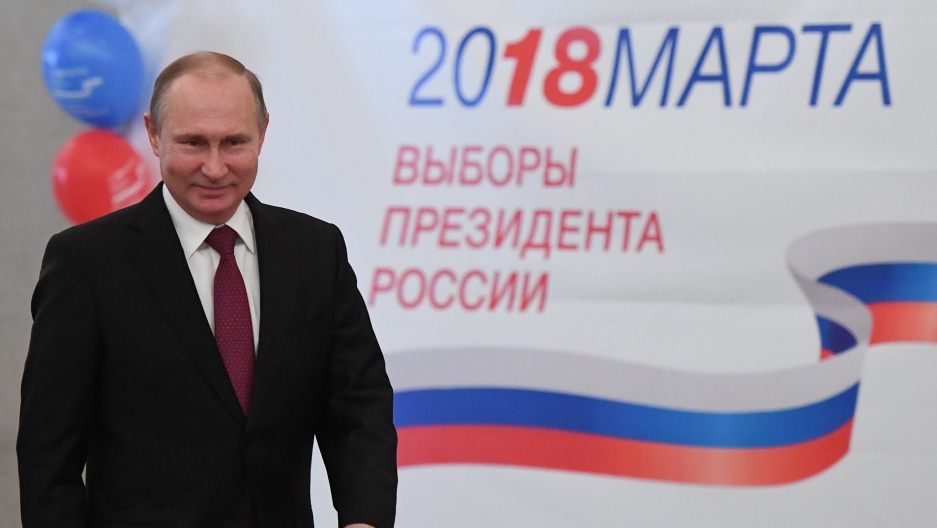 Theweek – Russian citizens will head to the polls on Sunday for the country’s presidential elections, which sees incumbent leader Vladimir Putin up for a fourth term.

Seven other candidates – including TV personality Ksenia Sobchak and communist businessman Pavel Grudinin – are running, but Putin appears all but certain to claim an easy victory that secures him another six-year term.

Despite being a democracy on paper, Russia – and Putin’s Russia, in particular – has long faced accusations of staging rigged elections, with major international bodies raising concerns.

So how fair are these elections?

The Russian Central Election Commission has allowed the registration of eight nominees for the presidential election this weekend, but “none of the candidates present a real challenge and opposition to Vladimir Putin”, says political science scholar Trivun Sharma on open-access website E-International Relations.

The findings of a recent poll by the Russian Public Opinion Research Centre backs the commonly held belief that Putin will win, with 71.4% of Russians saying they were likely to vote for him.

In second place was Grudinin, with an estimated vote share of just under 7%. No other candidate is expected to take more than 2%, leading many to question why these opposition candidates are polling so low.

One of the most valuable weapons in the Kremlin arsenal is its power to control who can run – and indirectly guiding their campaign. Moscow “has tried to create the semblance of competition”, says The Times, allowing other candidates to take part, but the more vocal anti-Putin voices were quickly pushed out of the race.

Alexei Navalny, a popular anti-corruption campaigner who is one of Putin’s most outspoken critics, has been barred from running as a result of a controversial fraud conviction allegedly masterminded by Putin. Navalny has called upon his supporters to boycott the election, fuelling concerns about voter turnout.

Liberal politician Boris Nemtsov was shot dead on a bridge near the Kremlin in 2015 shortly after he promoted a public rally to condemn Russia’s involvement in Ukraine. “In the absence of satisfactory answers about the murder, ever-metastasising conspiracy theories have taken hold,” The New Yorker magazine reports.

Sobchak is the only official candidate to openly criticise Putin, but her status as a former reality TV show host has led many – including Navalny – to criticise her participation, claiming she was secretly coordinating her campaign with the Kremlin as a “spoiler” candidate.

The Russian election system all but guarantees that Putin will win not only through controlled opposition, but also as the result of fraudulent ballot set-ups, according to critics.

Measurable interference on polling day is difficult to gauge, but during the regional elections in September last year, Golos, Russia’s only independent watchdog, said they received reports of voting problems in 55 regions nationwide.

The most common complaints were “violations of the rights of election observers, commission members and the media” (accounting for 21.4% of reports); illegal campaigning (13.3%); and voter fraud such as voting twice and voting in the name of someone else (22.7%).

Predictably, the Russian government denies the electoral rigging allegations, which have dogged it for years – most notably in 2011, when people took to the streets to protest the “flawed” results in that year’s legislative elections.

The Central Election Commission of Russia later said that only 11.5% of official reports of fraud could be confirmed as true. However, the European Court of Human Rights did not agree, ruling that the 2011 votes were “unfair” and “compromised”.