By Kayla Murphy and Alyssa Bonk

Saudi Arabia is a country rich in history, culture and natural resources that has held a strong bilateral diplomatic relationship with the United States since its recognition in 1931. However, one important dynamic that strains this relationship, and at times hinders the credibility of U.S. policymakers is Saudi Arabia’s international standing on human rights.  By modern standards, it has been abysmal. Particularly its strict policing of women’s social, political and legal rights, and gender segregation. This status quo was not acceptable for many, evident by early statements of Prince Mohammad Bin Salman (MBS) who made the advancement of women’s rights a cornerstone of his leadership. However, some critics are weary that these advancements for women’s rights have been used as a deflection for many other human rights atrocities including its support in prolonging the conflict in Yemen, and repression of dissidents and activists.

Before MBS ‘reign, women were allowed minimal freedoms. Rather, the state of their existence was almost wholly dependent on the guardianship of males. For example, if women wanted to have a passport, they would need to have their male guardian apply and receive it for them. Women were forced into marriage. They were unable to attend sporting events if their male guardian did not allow them.  And even though women have been able to attend school since 1955, and universities since 1970, their educational institutions are gender segregated.

Throughout his reign, MBS has increased some women’s rights in the country. Rights such as not needing male permission to receive a passport, allowing women to drive, prohibiting women under the age of 15 to be married, more maternity leave without dismissal from employers, and allowing women to be considered the head of the household equal to men. As head of household, women can keep track of family records as well as receive the same respect from their children that the male head receives. Women can report deaths, marriages or even divorces that take place within their household. Also, according to the Saudi Embassy women will be receiving equal amounts of pay as men – a right still being fought for in the United States. While in the workforce, women who are pregnant will be allowed to take up to 180 days of maternity leave without their employer dismissing or discriminating against them because of their pregnancy.

Similarly, Saudi women are allotted more freedoms than women in neighboring countries. Women in Iran are continuing to be discriminated against in their own families as well as in criminal law. The country of Iran does not criminalize forced marriage, or domestic violence. This results in women being heavily abused in their own homes and being married off at a young age. Women in Iran are restricted from entering stadiums to watch sporting events. Another country where the women’s rights are severely abused is Jordan. Although there are shelters that exist for women who are at risk of being killed in their family households, they need permission to leave from their provincial governor. More severe infringements of women’s rights result in women being detained if they are absent from the household without their male guardian’s permission, begging, homelessness, and having sex outside of marriage. These actions can also result in domestic violence within the household.

Though Saudi women have seen advancements they have also seen implicit, and sometimes explicit drawbacks.  The restriction on female drivers was lifted, albeit with the chaperone of a male, and women over the age of 21 were permitted to obtain their own passports, though their male guardian is allowed to either deny or accept them using it to go outside of the country.

Similarly, women, along with young girls are still not protected when it comes to protection from sexual violence. For example, women in Saudi Arabia still need permission from their male guardian to leave domestic abuse centers further showing that the umbrella of male guardianship still exists.

While the Crown Prince wants to increase the rights for women and be looked at as a leader of reform, MBS’ true intentions seem suspect as the KSA’s human rights violations have increased outside the Kingdom. International human rights organizations point to Saudi Arabia’s involvement in the conflict in Yemen, Syria, and the death of Washington Post columnist and U.S. resident Jamal Khashoggi.

An article in TIME reported, “But the Crown Prince’s attempts to cast himself as a modernizing reformer has been undermined by his simultaneous crackdowns on dissident voices, and mounting criticism of Saudi Arabia’s role in the disastrous war in Yemen.” MBS has increased airstrikes towards the Houthis in Yemen with the weapons that have been given to them from the United States.  According to a Human Rights Watch Report, “The abuses include arbitrary arrests, torture, enforced disappearances, and illegal transfer of detainees to Saudi Arabia.”

Similarly, Foreign Policy Report states, “Lawmakers on Capitol Hill already had little love for the Saudis, disillusioned by continued human rights abuses in the kingdom, a brutal Saudi-led war in Yemen, and, perhaps most shockingly, the Saudi state-ordered butchery of a Washington Post columnist.”

Violations Against Activists and Dissidents

International human rights organizations continue to draw attention to atrocities against activists and dissidents both foreign and domestic. Particularly, the European Saudi Organization for Human Rights.  In its 2019 report, the organization reported a downward trend with no signs of improvement.

For example, when women activists fought for the right to travel and won, it was considered a bittersweet victory when the ban was lifted because the women activists who fought ended up in jail or facing unfair trials. Women can also face charges when they are considered to be “harming the public order religious values, public morals, the sanctity of private life, or authoring, sending, or storing it via an information network,” according to a Human Rights Watch report from 2019. Penalties for these violations can result up to either three years in prison or a three million dollar fine.

Perhaps the most glaring example of MBS’ crackdown on dissenters was the 2018 disappearance of journalist Jamal Khashoggi. A vocal critic of MBS’ policies, Khashoggi was in exile and vocally fearful for his safety preceding his death. Khashoggi was last seen entering a Saudi consulate in Istanbul to file paperwork for his impending marriage, and mysteriously went missing.  Though the Saudi government denied any involvement, BBC reports, “Saudi Arabia’s deputy public prosecutor Shalaan al-Shalaan said the murder was ordered by the head of a ‘negotiations team’ sent to Istanbul by the Saudi deputy intelligence chief to bring Khashoggi back to the kingdom ‘by means of persuasion’ or, if that failed, ‘by force.’ Investigators concluded that Khashoggi was forcibly restrained after a struggle and injected with a large amount of a drug, resulting in an overdose that led to his death, Mr Shalaan said. His body was then dismembered and handed over to a local “collaborator” outside the consulate for disposal, he added.” While the Saudi government did investigate and bring five suspects to trial, it was deemed lacking according to international standards.

In sum, Saudi Arabia has had their issues when it comes to human rights and women rights. Although there has been some improvement in women’s rights there are still more steps to take to ensure women have full independence from their male guardians. Though in comparison to other Middle Eastern countries such as Jordan and Iran, Saudi Arabia is more developed; when looking at human rights it is still among the world’s list of great human rights violations. Both Jordan and Iran have a long road ahead of them before the women in their country have just a slice of independence.

Until Saudi Arabia shows real change in its policies towards activists and dissenters, and makes real strides to rein in violence in the Yemen war, it will come under scrutiny from international human rights groups.  Over the next few years, Saudi Arabia will hopefully continue to improve in both human rights and women’s rights.  But this will only come from full support from Crown Prince Mohammad Bin Salman, and responsible policy-making by the United States.  The United States can not continue to supply weapons for one of the worst humanitarian crises in the world, and turn a blind eye when activists and dissidents go missing.

PrevPreviousThe Hope and Horror That Troubles Libya
NextUnited Arab Emirates: The Aspiration of Citizens for the Termination of Violations Against Their Human RightsNext 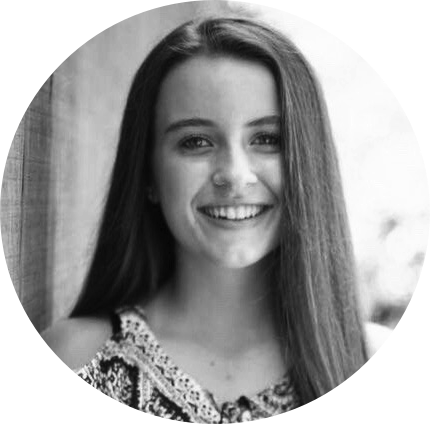