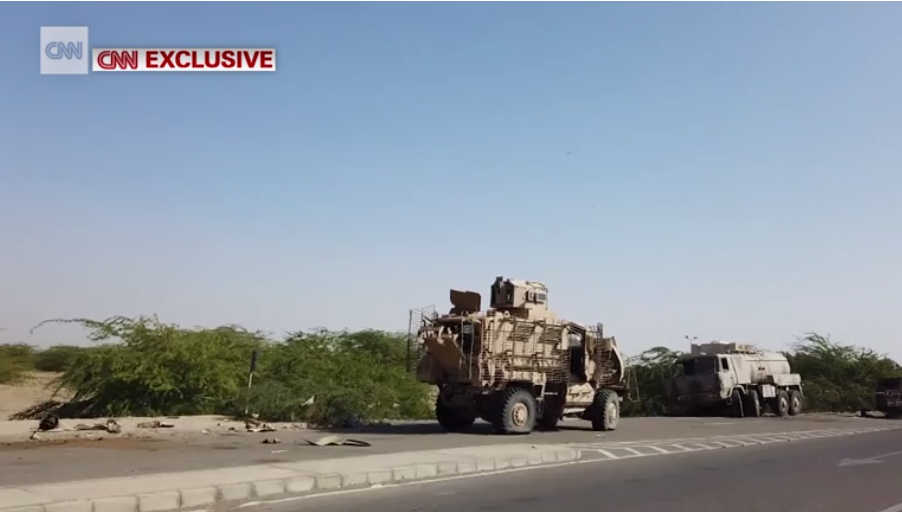 The New York Center for Foreign Policy Affairs (NYCFPA) is deeply concerned about what is happening in Yemen where American-made weaponry ended up in the hands of terrorists and militia groups funded and managed by Saudi Arabia and United Arab Emirates .

CNN has revealed yesterday that American Weapons including heavy armed vehicles  and other weaponry ended up in the hands of terrorist groups like the giant groups and other groups in south of Yemen. These weapons are now used to instigate violence between the different warring parties to attack each other and to create cases of chaos in Yemen. It is indeed dangerous and alarming where terrorist groups get American weapons, which is against the American law and regulations as it is an unauthorized transfer.

“American regulations are very clear, we cannot in America in anyway export weaponry to terrorist groups, but its seems from the CNN report these weapons now ended up in the hands of terrorists which will really be very tremendous problem and will be great danger to American Interest in the region.” NYCFPA said. These weapons could be used in different places and could be smuggled to different other terrorist groups in Yemen and other parts of the Middle East and could also be ended up in the hands of militia allied with al-Qaida and terroristgroups like ISIS.

CNN report said “American-made weaponry has fallen into the hands of rival militia groups in Yemen, some of whom have turned their arms against each other in a bitter and worsening conflict.” “Fresh evidence shows that military hardware that was supplied to US allies has been distributed in contravention of arms deals to militia groups, including UAE-backed separatists. They are now using it to fight the Saudi-supported forces of the internationally recognized government, who are also armed with US weapons.”

In this Respect, Arms Trade treaty  prohibits arms transfer authorizations to states if the transfer would violate “obligations under measures adopted by the United Nations Security Council acting under Chapter VII of the Charter of the United Nations, in particular arms embargoes” or under other “relevant international obligations” or if the state “has knowledge at the time of authorization that the arms or items would be used in the commission of genocide, crimes against humanity, grave breaches of the Geneva Conventions of 1949, attacks directed against civilian objects or civilians protected as such, or other war crimes”.

“Against international law and arms trade treaties Weapons manufactured in the US have ended up in the hands of Yemeni militia. Sophisticated armouredvehicles, rocket launchers, grenades and rifles of the UAE and Saudi Arabia are among the weapons being purchased from US companies.” added NYCFPA.

NYCFPA urges the international community to act promptly and call on the American administration to stop exporting weapons to repressive regimes like Saudi Arabia and UAE because of what happened in Yemen, where the armed groups succeed by using these weapons, this unfortunately constitutes a great to danger to American interest.

“America must have strict rules on the regulations of exporting weapons to the middle east in general, especially in conflict zones, which in turn will help stop deaths of unarmed and innocent people of Yemen.” said NYCFPA.

Additionally, NYCFPA calls on America to suspendarms export to Saudi Arabia and UAE who are fueling the war in Yemen. It also must stop selling weapons toother Middle East conflicting parties until it is clear that these weapons would not end up in any terrorist hands that will be using them against American interest. This would also hinder Saudi Arabia and UAE from committing more human rights violation with the US-made weaponry and accordingly alleviating the suffering being inflicted upon thousands of innocent Civilians in Yemen.

NYCFPA urges America to take a stand against the savage war leaded by the Saudi Arabia and help stopping mass killings in Yemen.

Accordingly, the congress must have an urgent hearing to discuss this issue and to also to examine its repercussions and outcomes on the American interest and the future of the region. Unfortunately, the longer America continue supplying the Saudi’s with weapons, the more lives this barbaric and unethical war will continue to threaten.