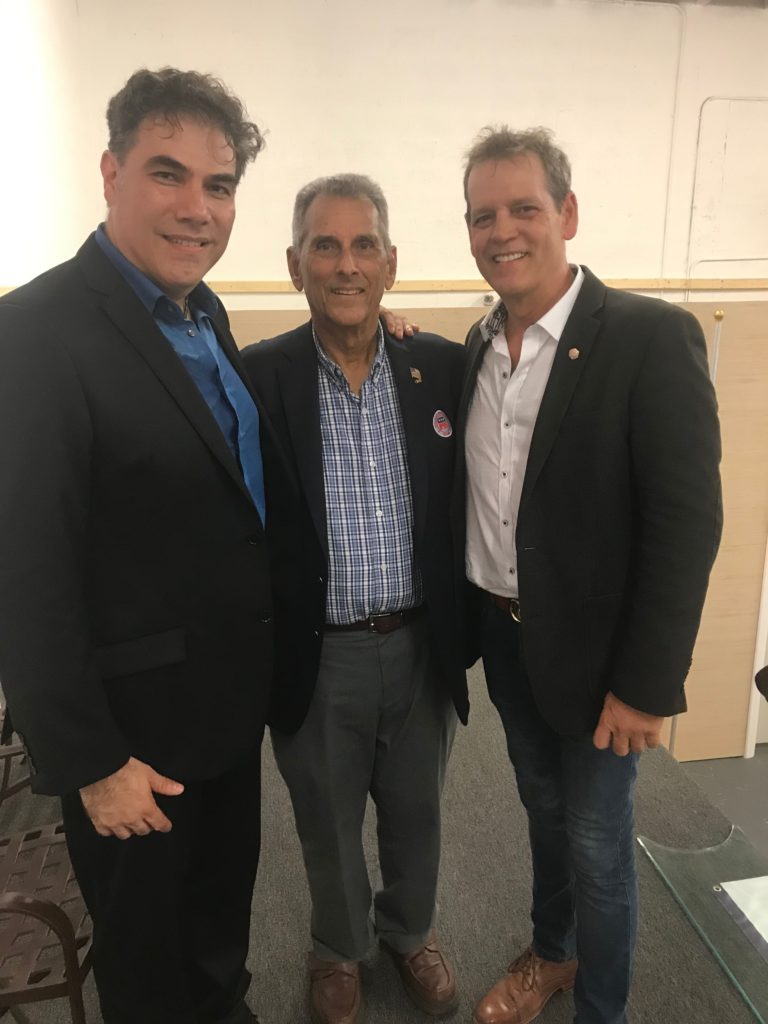 A workshop organized by the New York Center For Foreign Policy Affairs (NYCFPA) was held in Miami, Florida, to discuss United States foreign Policy in the Middle East, particularly on Iran. The meeting discussed the sanctions imposed on the country for the last few years with special focus on Trump era.

The workshop analyzed the ongoing crisis in the Persian/Arab Gulf and Risks due to Iranian aggression. It also touched upon United Arab Emirates and particularly Dubai where activities of violating and breaking the American sanctions on Iran is on the rise.

Carlos discussed that Iran became a transit point for the shipments – which breach a UN ban on Somali charcoal exports – after Oman tightened its customs procedures, said the report. He also added that according to Al Monitor,  Somali extremist group Al Shabaab generates millions of dollars in revenue off exports of charcoal to Iran and then the United Arab Emirates, according to the United Nations, in violation of UN sanctions. Meanwhile Criminal networks are using Iran as a transit point for illicit Somali charcoal exports that earn Islamist militants Al Shabaab millions of dollars annually in tax, United Nations sanctions monitors said in a report seen by Reuters.

Carlos Garin condemned the UAE lack of actions towards ongoing Trade with Iran which violates the American sanctions on the country. He noted that the Trump foreign policy will be affected by the continued trade between Dubai and Tehran.

A significant number of UAE companies pretend to be “very concerned” about what they called “unwittingly breaching US sanctions against Iran where an American PR firm was hired to whitewash UAE.

Garin focused on media reports which previously confirmed that “Although Western-imposed sanctions on Iran have been in effect for some three decades, one country, in particular, has shown its mastery in disregarding them.  The United Arab Emirates (UAE) for years has been able to flout the sanctions and, despite its official anti-Iranian stance, to conduct trade and export goods to Iran through the proverbial back door.”

He added that the  Iran nuclear deal or Joint Comprehensive Plan of Action (JCPOA), signed in 2015 by Iran, the US, and five other states, led to the lifting of most sanctions against However, the deal did not work that’s why the Trump administration wanted to ratify it but nothing happened yet. Thus sanctions must be in place until Iran meet the new obligations.
The question is will the UAE respect those sanctions or continue record levels of trade between UAE and Iran?

Although little or no public information is available regarding the UAE’s official sanctions program, the UAE authorities have claimed the UAE enforces US, EU, and UN sanctions on an ad hoc basis upon the issuance of “internal directives.”  However, such internal directives may be more observed in the breach, if they exist.

The UAE is Iran’s largest non-oil trading partner, as well as Iran’s largest source of imported goods, valued around Dh100 bn in 2016.  The UAE is also said to have accounted for 96.7% of trade between Iran and the GCC countries in 2013.  Iran’s non-oil trade with the UAE reached $16.83 billion in the fiscal year ended March 20, 2018, a 21.18% rise compared to the year before, according to the Islamic Republic of Iran Customs Administration’s statistics.

NYCFPA will continue to raise topic with related US bodies and being to light the UAE violations.