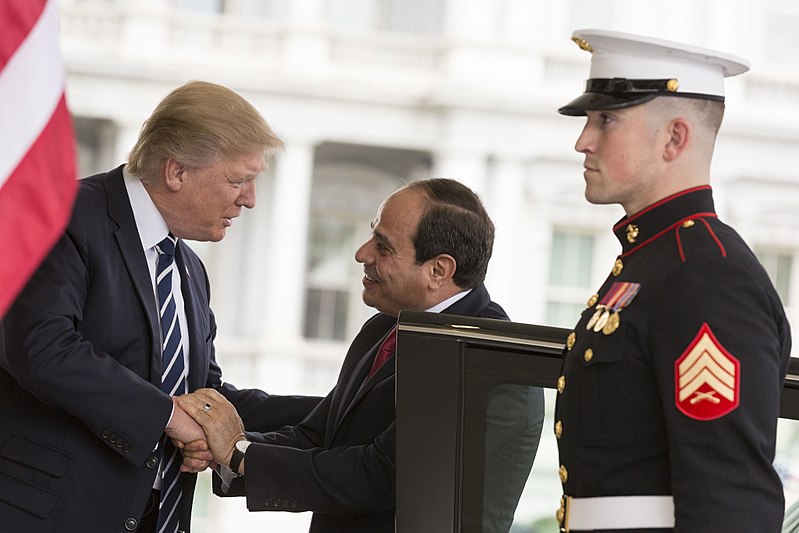 In December 19, 2018, people all around the world were shocked to hear President Trump’s announcement of an immediate withdrawal of American forces in Syria. This news especially hit some Israelis hard. Yaakov Amidror, a former national-security adviser to Prime Minister Benjamin Netanyahu spoke out, sharing, “with this withdrawal, the United States abandons Syria and leaves Israel alone.” He continues to state that “the effect of the U.S. decision is primarily psychological and diplomatic. In those arenas, this is a very significant decision.” These concerns are prevalent throughout Israel.

Jumping to present time, there are still approximately 400 troops in Syria. President Trump confirmed this himself saying that there will remain 200 troops in the Iraq-Syria border town of Baghouz and 200 more in another area closer to Israel. Hearing this is promising news for individuals concerned with the Syrian crisis, however, is it enough?

There is most likely little worth salvaging in regards to how the United States has approached and continues to approach the conflict in Syria, the Trump administration needs to find fluidity. Stating that he was pooling out troops from Syria, but ultimately choosing to let some remain causes confusion and loses cohesion. Beyond this decision, the President has posted incoherent tweets, and senior policy advisors continue to make conflicting remarks only creating further uncertainty across the Middle East.

Despite this confusion and at times poor decision making, the President is getting a few things right. Similar to his predecessor’s view, Trump has shown zero intention to go to war in Syria or anywhere else in the region. He shows no real vital interests in Syria. Instead, Trump has rightfully focused closely on counterterrorism. He has furthered and rapidly enhanced Obama’s policy of disassembling ISIS groups in Syria and Iraq. Trump has made it evident that the United States has no place in intervening with military force in nation-building in Syria. The government needs to solve these problems on their own.

Trump understands that the United States cannot ultimately and permanently defeat ISIS or al-Qaeda forces on its own by destroying their military capabilities, dismantling their will to fight, or by helping to create new political structures in the countries they operate out of. We are in a different world than when we were fighting with Germany and Japan. The United States must operate from different tactics. While Trump claims that the United States has destroyed ISIS, the truth is that ISIS in Iraq or Syria will not be destroyed until their underlying political agendas are addressed. This includes economic, political and governmental structural grievances that fuel their schemes. This is well beyond America’s capacity to achieve on its own.

Continuing to keep large numbers of US soldiers in Syria to do nation-building not only drains the United States budget and puts countless soldiers’ lives at risk, it also only fuels the jihadi and terrorist narrative, and recruits ISIS members in a greater quantity. However, what Trump is missing is that US military force when combined with intelligence, international cooperation and stronger law enforcement can help limit and contain terrorist threats.

Not promoting and making human rights issues a top priority in the United States democracy has not only been a problem under the Trump administration, it has been an issue within both the Republican and Democratic Parties. However, Trump has taken this to the next level. The President has made it clear that he does not think that the US has the right to lecture and control other countries. However, when it comes to human rights issues, is it not everyone’s job to hold other’s accountable? He has failed to criticize several world leaders on their human rights abuses. Trump has turned a blind eye to leaders such as the Egyptian President Abdel Fattah el-Sisi, Turkish President Recep Tayyip Erdogan and particularly Saudi Arabia’s Crown Prince Mohammed bin Salman. Concerned with trade, the President even refused to act against the crown prince even after it was discovered by the CIA that the prince was involved in the horrific murder of Washington Post journalist Jamal Khashoggi.

In any administration, a President must consider domestic policy when making foreign policy decisions. He or she must consider budgets and trade as well. However, this President needs to consider policy over politics. Most of the problems in the Middle East are currently driven by conflict and internal forces beyond the United States ability to fix. In many ways, Trump’s bombastic personality and surprising decision making has only made matters worse in the Middle East.

The best strategy for the Trump administration in regards to the Middle East is to continue to avoid getting America into new conflicts and to think about how to detangle America from old conflicts that have proven to be unwinnable by the United States.