Money Laundering in Dubai: A Briefing on the Hill 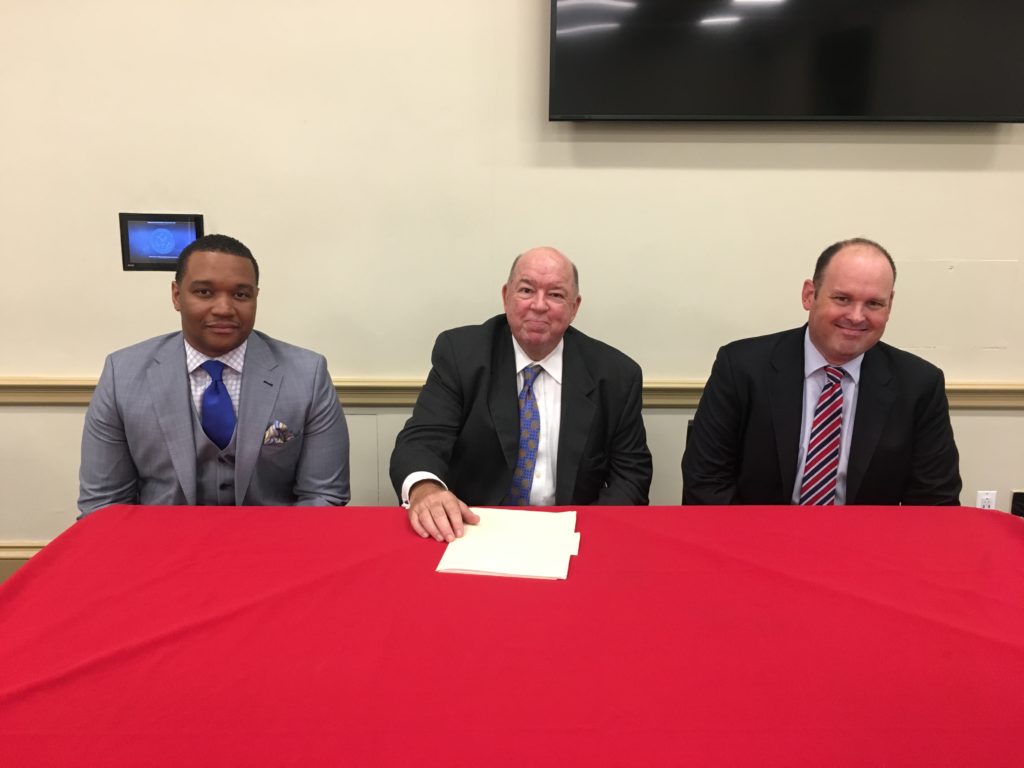 On Tuesday, July 23rd, 2019, the New York Center for Foreign Policy Affairs sponsored its first briefing on the Hill! The briefing was sponsored by Representative Scott Perry from Pennsylvania’s 10th Congressional District. Several other Congressional Staff attended from a variety of offices, such as Maxine Waters and Stacey Plaskett, for instance.

The event focused on money laundering in Dubai. The two experts who spoke were David Murray and Doyle Barlett. David is the Financial Integrity Network’s Vice President for Product Development and Services. He joined Fin in June after a nine-year career at the Treasury Department covering hard targets. At the Treasury Department, David was involved in all aspects of financial integrity policy. Most recently, he was the Director of the Office of Illicit Finance. Doyle is a member of GrayRobinson’s government relations and lobbying group and leads the federal lobbying arm of GrayRobinson. In his early career, Doyle served for five years as Chief of Staff to Representative Bill McCollum, supporting Congressman McCollum’s work as Vice Chairman of the House Banking Committee and Chairman of the House Judiciary Committee’s Crime Subcommittee. It was truly an honor to have both of them come share their expertise.

The opening of the briefing was led by Robert Lewis, CEO of the an Aucker Group with a statement outlining the purpose of the briefing: to bring Congressional attention to Money Laundering in particular the UAE. Robert stated global illicit actors, such as terrorist nuclear proliferators or traffickers who all share a common need: they need an illicit marketplace where in which they can move their funds, and they have found such a marketplace in Dubai’s luxury real estate market. These criminals have found the perfect storm in the UAE’s weakly regulated financial sector, unaccountable high-end real estate market and lack of oversight on Dubai’s property sector.

Both of the speakers walked Congressional staff through a discussion around the history of money laundering both in the Middle East and the United States. The panelist briefed staff on the structural failings of the UAE’s real estate market and how better rules and regulations needs to be implemented to effectively curtail this problem. For example, better know your customer rules involving estate transactions and laws that bring better transparency to the process.

There was a question and answer section of the panel that provided the audience would even more feedback. An example of some of the questions asked and answered were as follows:

What is it about the UAE that makes real estate such an viable option for those who seek to launder money?

Q: What is it about the UAE that makes real estate such an viable option for those who seek to launder money? A: The lack of oversight on Dubai’s property; and a lack of cooperation with international law enforcement cooperation

Q: Why is money laundering illegal? A: Money laundering requires the transport of cash obtained from an illegal action into “legitimate” routes to disguise the its illegal sources.

Q: Are there any anti-money laundering requirements imposed by self-regulatory organizations or professional associations? A: No, there are not.

We are thankful to everyone who the made the briefing a success. It was a great turn out, and we couldn’t have asked for a more engaged audience. Be on the lookout for more events from NYCFPA!