Protests Around the World Focus on Politics, Economics and Corruption. 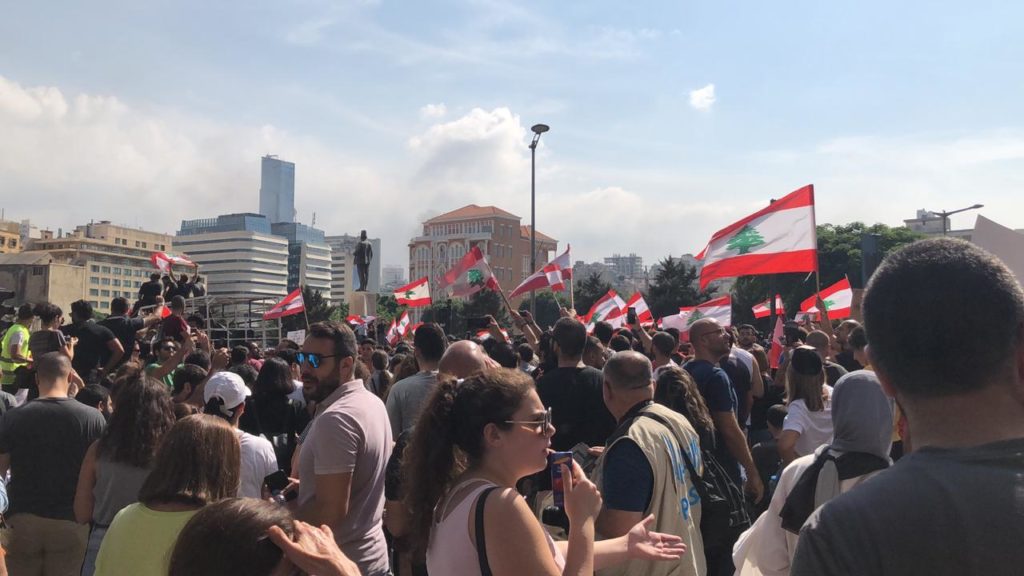 Over the past few months, millions have marched in more than a dozen nations and cities.  Some have died protesting everything from government corruption and failure to act on climate change, to food scarcity and internet taxes.  The president of Bolivia has resigned and other national leaders are at risk as what appears to be spontaneous protests take place globally.  Currently, protesters have marched in Algeria, Argentina, Bolivia, Catalonia, Chile, Ecuador, Ethiopia, France, Haiti, Honduras, Hong Kong, Indonesia, Iraq, Lebanon, Netherlands, Peru and Venezuela.  Other protests, including one concerning Global Climate Change, are massive in scale; taking place around the world.  The common themes center on three major categories, economics, politics and corruption.

While domestic problems are usually left to the respective government, the U.S. Department of State has been monitoring developments and issued travel advisories ranging from “Exercise increased caution” to “Do not Travel.” The advisories are intended to inform U.S. citizens who are thinking about visiting or doing business in the aforementioned countries.   The State Department has issued some statements regarding specific issues in these countries, but remains focused primarily on trade.


Russia and China have called on the United States to stop promoting protests that have sprung up in both countries, considering it a violation of their sovereignty. Officially, in terms of U.S. policy, the State Department has said  “The people of Russia, like people everywhere, deserve free and fair elections, transparent and accountable governance, equal treatment under the law, and the ability to exercise their rights without fear of retribution,” according to a report in Newsweek in August.

The following are flashpoints around the globe where protesters recently or are currently marching in the streets or protesting some issue of importance to them.


More than six million people across the globe participated in the Global Climate Strike in September, kicking off what they promised was only the beginning until countries recognize the problems contributing to climate change, according to the Guardian reporting on the event.

It seemed an appropriate, if unofficial, kickoff of many protests in nations around the world.

In Chile. Protesters upset about economic and political issues were sparked by a proposed tax increase drove people to the streets calling for a new constitution and the resignation of President Sebastián Piñera, according to Al Jazeera.
State Department has issued an advisory to use increased caution when visiting Chile, especially around the Santiago metropolitan region and other major cities throughout Chile.

“President Pinera has made some significant changes to his cabinet. He has announced what I think they call the new social agenda, trying to respond to the concerns that have been enunciated during the course of these protests …. he made the difficult decision to cancel – in the context in which Santiago is living right now – the leaders’ meeting of APEC and the COP 25,” according to a senior State Department official in a recent briefing.

In another tax revolt in Lebanon protests began with a fight against a new internet tax on WhatsApp.  The protests expanded to include broader economic problems, inequality and corruption charges, according to the BBC.

The State Department has issued a warning to travelers to “Reconsider Travel” to Lebanon.
A Demonstration Alert was issued concerning countrywide protests, incidents of clashes between protestors and protest opponents are occurring, with some injuries reported.  Many roads remain blocked and airport access difficult. The Embassy continues to receive reports of shortages of essential items, such as groceries, gas, etc.

In Venezuela, what has been described as an “economic disaster” and political unrest under President Nicolás Maduro is turning into a humanitarian crisis.  Protesters have died and food shortages continue to plague residents of the country.

State has issued a “Do Not Travel” warning to travelers due to crime, civil unrest, poor health infrastructure, kidnapping, and arbitrary arrest and detention of U.S. citizens.

In a statement, the State Department said, “On November 5, [2019] the United States identified five members of the former Maduro regime and took action against them under the authority of Executive Order (E.O.) 13884.  These individuals include members of the Venezuelan military, Bolivarian National Guard, intelligence service, and the illegitimate Constituent National Assembly and are associated with corruption, human rights abuses, acts of intimidation, and violence.”

In France continued environmental and anti-Macron demonstrations by the gilets jaunes (yellow vests) have resulted in a Level II advisory from State urging travelers to exercise increased caution in France due to terrorism and civil unrest.

The much-publicized Hong Kong riots that were sparked by a law threatening Hong Kong residents with extradition to the mainland for trial, have continued and morphed into a possible independence movement.  While the law in question has been withdrawn by  Chief Executive of the Hong Kong Special Administrative Region of the People’s Republic of China Carrie Lam, no end to the protests is in sight at this time.
State has issued a travel advisory to exercise increased caution in Hong Kong due to civil unrest.

Last summer, “Secretary Pompeo expressed concern about the Hong Kong government’s proposed amendments to the Fugitive Ordinance law, which threaten Hong Kong’s rule of law,” the State Department said.  A Chinese foreign ministry spokesman, Lu Kang,  said it would be wrong for the United States to interfere in Hong Kong.

In Iraq, protests for political reform and anti-government protests critical of the government of President Barham Salih continue.  Salih has requested the U.S. reengage in Iraq but it is unclear whether that is feasible under the current U.S. administration’s attitude.

State has issued a “Do Not Travel” advisory to those considering going to Iraq due to terrorism, kidnapping, and armed conflict.

In Argentina, economic stress, including a food crisis for the 44 million citizens has resulted in protests.  Last month, The Peronista ticket of Alberto Fernandez and former president Christina Fernández de Kirchner defeated President Mauricio Macri in the first round of Argentina’s presidential election on Sunday, a rejection of austerity of the sort that has sparked violent protests throughout Latin America.

“The new incoming administration there [ President Alberto Fernandez] has indicated that it will have some policy shift from what it was – from the outgoing Macri administration, but at the same time, they’ve made it exceptionally clear, both in their public conversations, or statements, and in their discussions with us and the transition team, that they are very much looking towards a very good working relationship and a good diplomatic relationship with the United States, and that they are looking for creating a framework for foreign investment, including U.S. investment, including in areas like Vaca Muerta, which is their Patagonian natural gas area. And so, we look forward to continue working with Argentina,” according to a U.S. State Department spokesperson recently.

In Ethiopia political, economic and cultural marginalization have resulted in street protests.  State has issued a Level II travel advisory to “Exercise increased caution when traveling in Ethiopia due to sporadic civil unrest and communications disruptions. Some areas have increased risk.

In Bolivia the government is in flux after the resignation and flight to Mexico of its president, Evo Morales.  Some speculation that a coup d’etat took place has been in the international media.
According to NPR, Tibor Nagy, assistant secretary for the U.S. Department of State’s Bureau of African Affairs, commented on what spurred the attacks. “There are vestiges of the old regime in power, he told reporters, “Some of the elites are very unhappy with some of the reforms.”

Exercise increased caution in Bolivia due to civil unrest. Some areas have increased risk.

Both Haiti and Honduras are under “Reconsider Travel” advisories due to extreme unrest, including mob action and other criminal activities.

The writer has relied on published articles from The Guardian, Al Jazeera, Newsweek, AP, the New York Times and Washington Post for some information included in this story.