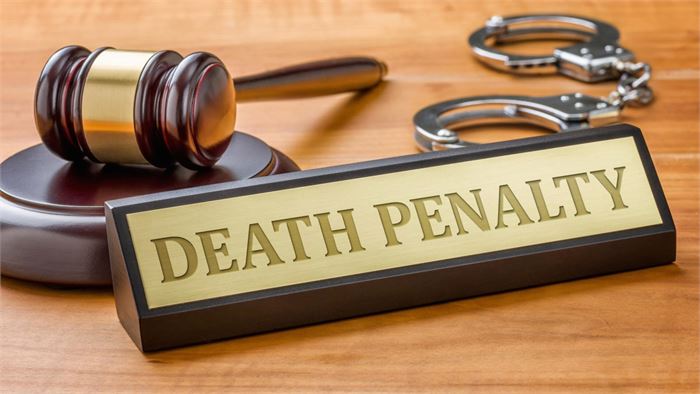 Despite the global push to abolish the death sentence, many nations have preserved it in their legal systems, and others, like as Saudi Arabia, have further expanded its use. Saudi law creates an extraordinarily broad spectrum of capital offenses, and convictions typically use hasty criminal court processes and human rights breaches, contributing to Saudi authorities’ discriminatory policies towards religious and political minorities, foreign labor, and women.

Saudi Arabia preserves the death sentence in law, despite having one of the world’s highest rates of execution. According to Saudi law, the death penalty can be applied to a wide range of crimes, including murder, drug offenses, apostasy, sorcery, and witchcraft. Children are also subject to the death penalty. Because Saudi law is primarily unwritten, judges have broad latitude in deciding decisions based on the Saudi interpretation of Islamic Sharia. The official understanding defines three types of offenses, none of which differentiate between teenagers and adults. The first, hudud, often known as Quranic offences, refers to offenses for which the Quran or Hadith prescribes a specific penalty, such as banditry, blasphemy, or sodomy. These offenses are frequently punished by death. The second type, known as retribution-in-kind crimes, relates to murder cases: if the suspected killer is convicted, the victim’s family can request either the execution of the guilty or a payment. Finally, a significant portion of Saudi law is concerned with the third category, taazir, which might be translated as discretionary law. Indeed, Saudi authorities have the authority to legislate outside of the categories established in the Quran and Hadith, as seen by the taazir legislation on drug smuggling, which imposes obligatory death penalties on those guilty.

On multiple times, the Saudi authorities committed to cease the execution of juveniles. It initially enacted a new Juvenile Law in 2018, and most recently, in February 2021, the government announced to the United Nations Human Rights Council that it has entirely abolished the practice of executing juveniles. However, the administration has regularly broken its promises. Last year, the government killed 12 people who were convicted of crimes committed when they were children. Because of the government’s lack of transparency, it is thought that kids’ killings continue to go unreported. Furthermore, according to the 2018 Juvenile Legislation, the prohibition on juveniles being executed does not supersede current law in circumstances of hudud or qisas offences, for which the Quran authorizes capital punishment.

Aside from the fundamental issue of the execution of children, death sentences are sometimes carried down following extremely unjust or deeply defective trials in which coerced confessions are included as proof of guilt. Saudi authorities put a halt on executions for drug-related offences early last year. Existing drugs laws, however, keep the death penalty as a possible verdict, and people already condemned to death for drug-related offences are still on death row.

Despite the fact that no accords or treaties forbid its use, the United Nations system opposes the use of the death sentence in any case owing to its irrevocable nature. However, because death punishment is viewed as a practice that degrades human dignity and the advancement of human rights, the majority of UN member nations do not legalize or implement it while advocating for its eradication.

Several human rights agreements limit the implementation of the death sentence and advocate for its repeal. International law expressly bans the use of the death sentence to children, with no exceptions or exceptions permitted under any circumstances. The Convention on the Rights of the Child (CRC) expressly forbids capital punishment “for offenses committed by people under the age of eighteen.” International customary law reinforces such a rule (Practice Relating to Rule 135. Children).

Furthermore, the use of the death sentence for only the most heinous offenses is a well-established tenet of international law. According to the Economic and Social Council’s Safeguards Guaranteeing the Protection of the Rights of Those Facing the Death Penalty, issued in 1984, “the most serious offenses shall not go beyond purposeful actions with deadly or other extremely grave effects.” Despite the fact that these Safeguards are not legally enforceable, the UN General Assembly and the Special Rapporteur on Extrajudicial, Summary, or Arbitrary Executions and Torture endorse them. Furthermore, article 6(2) of the ICCPR specifies that “in countries where the death penalty has not been abolished, the death penalty may be applied only for the most heinous offences.” As a result, the death penalty should be abolished for economic crimes, drug-related offenses, victimless offenses, and behaviors involving moral values such as adultery, prostitution, and sexual orientation.

Moving towards the abolition of the death penalty, the Second Optional Protocol to the International Covenant on Civil and Political Rights specifies that “no one shall be executed within the jurisdiction of a State Party to the present Protocol.” Article 6 of the ICCPR reinforces this point by stating that “nothing in this article shall be utilized to delay or hinder the elimination of death punishment in any State party to the Covenant.” Despite the fact that Saudi Arabia is one of the few non-party states, “the terms of the ICCPR provide guidance as to the content of the fundamental rights that Saudi Arabia is obligated to respect, based on Saudi Arabia’s participation in the United Nations and the universally binding nature of such rights.”

The excessive use of the death penalty in Saudi Arabia is a source of concern. Members of the European Parliament have urged Saudi Arabia to stop using such a useless and terrible practice. However, the number of people sentenced to death on death row has risen significantly in recent years, with no safeguards or exceptions for minors. In the last week, the Tabuk criminal court resolved to sentence Abdullah al-Howaiti to death for the second time. The ruling violates international rules that ban the application of the death penalty for crimes committed by juveniles under the age of 18, as well as the Saudi Royal Order of 2020, which announced the end of the death penalty for crimes committed by minors at the time of the offense.

According to Maria Arena and Hannah Neumann, “Abdullah al-Howaiti’s death sentence comes at a time when Saudi authorities have demonstrated desire to engage in serious engagement with the EU on human rights, whether at the executive or legislative level.” Only reversing his conviction and retrial in accordance with international law would demonstrate Saudi determination to make genuine legislative and practical changes that respect human rights and dignity.

PrevPreviousBahrain’s continued injustices for their own citizens.
NextThe UN and governments should take immediate steps to support reparative justice in YemenNext