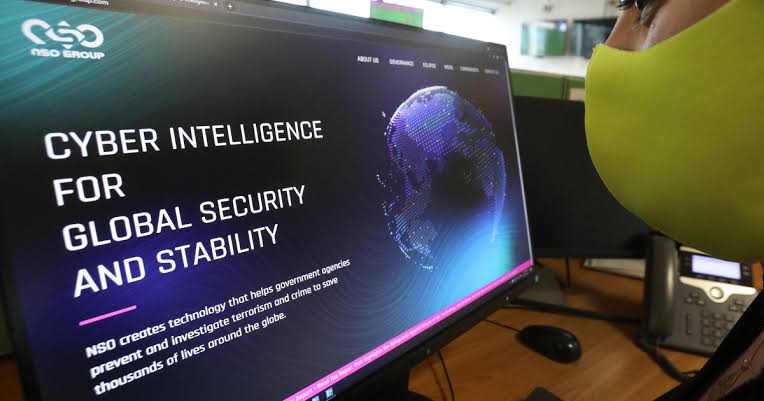 Made by an Israel-based surveillance company named NSO Group, Pegasus spyware has been installed on tens of thousands of smartphones that belong to journalists, human rights activist, government officials, business executives and several heads of states to infiltrate their devices. The Pegasus software was sold to governments around the world to surveil individuals. Reports found that Jamal Khashoggi’s phone, who was murdered in the Saudi Embassy in Istanbul, Turkey, was one the devices infected by it. Khashoggi’s fiancé’s phone was also infected.

The New York Center for Foreign Policy Affairs also condemns the Emirate investment and effort in promoting the NSO Group’s Pegasus spyware, which led to the current situation, where a lot of repressive regimes have adopted the spyware as a weapon. Sheikh Mohammed bin Rashed’s daughter Princess Latifa, who unsuccessfully tried to flee Dubai in 2018, and his ex-wife Princess Haya, who fled the country and settled in the United Kingdom in 2019, are both listed on the leaked list of phone numbers. The UAE was among 40 countries with access to the NSO spyware, which can secretly hack into and take control of mobile phones. Dubai, ruled by Sheikh Mohammed bin Rashed is thought to have been an NSO Group client.

The Principal Director of the New York Center for Foreign Policy Affairs, Justin Russel, condemns the use of the Pegasus spyware to crackdown on activists and human rights defenders. Mr. Russel considers the act as a crime against privacy, democracy and human rights.

“One of the NYCFPA’s core values is freedom of the press and media and the use of such spyware on journalists and human rights activists is absolutely unacceptable. The use of such spyware undermines democracy and human rights; it is a crime against privacy. Governments should not only stop using such surveillance technologies in ways that violate and undermines human rights, but also they should also take practical steps to protect the public from such privacy violations.”

A list containing 50,000 phone numbers of people believed to be surveilled by NSO Group was leaked to major media outlets. The list includes numbers of the French president, Emanuel Macron, and 600 other politicians and governmental figures around the world. Most of the affected people use iPhone devices made by Apple.

In a statement by Apple sent to different media outlets, Apple stated that they condemned cyberattacks against journalists, human rights activists and others seeking to make the world a better place. They also suggested that there’s no fix for the issue, and that the Pegasus and similar spyware are not a threat to most people.

NSO Group denies false claims about Pegasus spyware confirming that these claims are based on misleading interpretation of leaked data.

New York Center for Foreign Policy Affairs condemns the use of surveillance software against journalists and human rights activists. Governments around the world should protect the freedom of press and introduce laws that regulate the use of such spywares and ensure strict control and supervision. Without such regulations and laws, these tools could be used to intimidate human rights activists and journalists to silence them.