Israel-Palestinian Conflict: The Importance of Keeping Freedom of Press Balanced 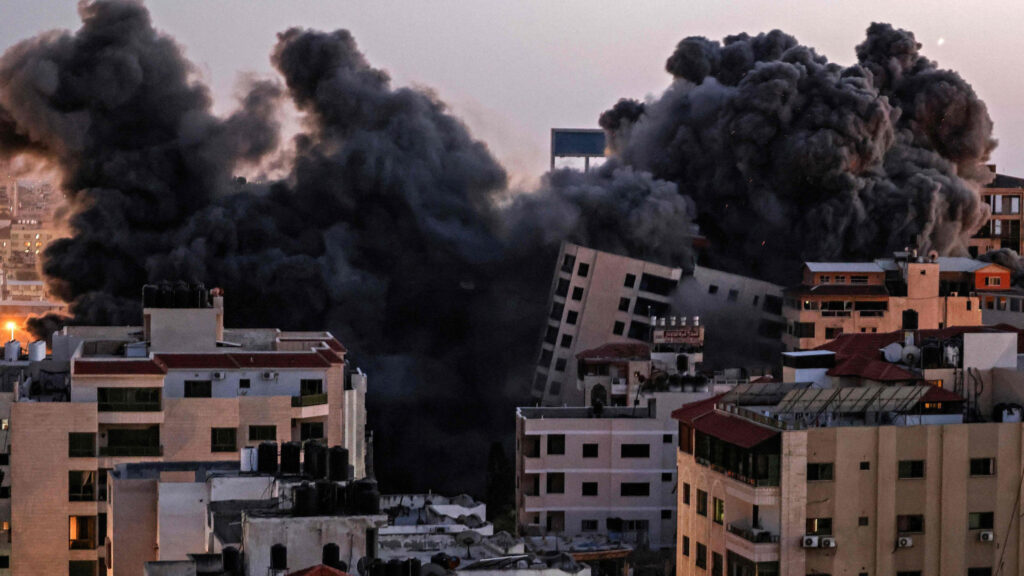 The Israeli-Palestinian conflict continues to puzzle governments worldwide and members of the international press who support their struggle. After the May 15th destruction of a Gaza Strip office tower that was home to the Associated Press and Al-Jazeera by Israel Defense Forces (IDF), it became a challenging task for these media to keep open-mindedness and impartiality toward Israel. Meanwhile, the two sides of the conflict blame each other for using the press to their advantage. On the contrary, both sides of the conflict need to understand that independent and transparent media coverage is in the interest of both sides.

The problem on the border between Israel and the Palestinian Gaza Strip escalated on the evening of May 9th. Around 4,500 rockets had been fired from Gaza into Israeli territory. From the start of the escalation, hundreds of those missiles were detonated, according to Israeli Army representatives. As a result, both members of Israeli forces, and Israeli civilians were killed (altogether 12). Conversely, Israel’s retaliation also caused a lot more civilian deaths in Palestine (around 230 Palestinians became victims of the attacks, according to Palestinian authorities).

At the same time, not all the victims’ deaths in Gaza were caused by Israel retaliation. According to a Newsweek report, Israel accused Hamas of “killing its own civilians.” Around 20-30% of the rockets launched landed in the Gaza Strip and killed Gazan civilians.  Jewish News Syndicate (JNS) also reported that in the first hours of the attack, rockets fired by Hamas in the Gaza Strip killed 17 Gazans. “This is an internal mistake or a technical problem that happened when they fired,” said the official to the newsletter.  During the recent congressional hearing with Secretary of State Antony Blinken California Democratic Rep. Brad Sherman echoed previous comments by Congressman Adam Schiff by saying that each of the 4,500 rockets fired on Israel constituted a “war crime.” Additionally, “Hamas has fired 4,500 rockets into Israel for the sole purpose of killing as many civilians as possible. Every one of these rockets was a war crime,” quoted Fox News the congressmen.

The confrontation continued to escalate so quickly that many experts couldn’t exclude the possibility that the conflict in Gaza would soon reach the point of no return. In support of this claim, the Israeli side tweeted on May 10th that “IDF air and ground troops are currently attacking in the Gaza Strip.” However, it turned out that there weren’t boots on the ground, and IDF purposefully mislead the press all over the world to trap Hamas leaders. In fact, the Israeli army was still outside the strip and launched its artillery strikes into the Gaza territory.

Among the other buildings, the high-rise Gaza Strip office tower was destroyed due to this operation. For 15 years, this building was the AP correspondent’s office. The agency had occupied the top floor and rooftop terrace of the building. This gave a panoramic view of the combat zones during periods of aggravation of conflicts. The news agency’s video cameras provided 24-hour live coverage of missile launches by Hamas’ fighters towards Israeli territory and Israeli retaliatory strikes. For more than a decade, there was also the Al Jazeera Media Network division. On that day, journalists were given just enough time to leave the building with critical equipment. The last video from this building was published on the AP’s Twitter with the title: “Associated Press staff evacuated their office in Gaza City shortly before the building was destroyed in an Israel airstrike.”

Israel Defense Forces insisted that in that building was the intelligence headquarters of the Hamas movement and “military assets belonging to Hamas military intelligence,” which made Al-Jalaa a legitimate target. Israeli military officials have added that Hamas was using the media offices and journalists operating there as a cover. According to Lieutenant Colonel Jonathan Conricus, International Spokesperson of the Israel Defense Force (quoted by Newsweek) gave three reasons for this airstrike: first, “officers of the military intelligence, basically collection and analysis of military intelligence, obviously used for military purposes, against us,” second, “research and development, where the best subject matter experts were operating from inside that building, using the hardware, computers and other facilities inside the building to develop weapons, military weapons against us as well,” and third that there was involved “highly advanced technological tools that are in or on the building.” He also said that the Israeli intelligence often faced Hamas and Palestinian Islamic Jihadists installed their tactical framework inside nonmilitary facilities and buildings.

In addition to these accusations, BBC noted that in the Arabic world most of the media coverage was one-sided. The conflict was used by media in the so-called “axis of resistance” to Israel to paint Israel in only “black colors.” For example, Al Arabiya who is funded by Saudi Arabia, pressed “its guests and correspondents on claims by both sides.”

Despite that, the Israel operation faced many questions beyond the Arabic world. Journalists from the AP expressed their solidarity with Al Jazeera. For many years,these two newswires didn’t see any evidence that could confirm this accusation.

The airstrike also prompted a call from the White House. According to the Jerusalem Post, “Officials in more than one government office confirmed during the call between President Joe Biden to former Prime Minister Benjamin Netanyahu that Israel showed Biden and American officials the intelligence behind the action.” Meanwhile, U.S. Secretary of State Antony Blinken refused to confirm this claim. He said that he did not see evidence from the Israeli side, however it was not his job, but the obligation of other intelligence services. Later he confessed that the U.S. “received some further information through intelligence channels,” but still declined to characterize whether these materials were reliable or not.

President Biden preferred to take a neutral position, also. On the one hand, he recognized the right of Israel to defend itself. On the other hand, the White House assured that it was, “communicated directly to the Israelis that ensuring the safety and security of journalists and independent media is a paramount responsibility.”

In contrast with the White House, the top management of impacted media was unsatisfied with the IDF’s explanations. The acting director-general of the Qatar-based Al Jazeera Media Network, Dr. Mostefa Souag, called the action “barbaric” and saw it as an attempt to obstruct the operation of an independent press. “This heinous crime aims to silence the media,” he insisted. He also called what happened a “war crime.” The exact position in her tweet expressed Rep. Rashida Tlaib, D-Mich. A daughter of Palestinian immigrants and a frequent critic of Israel wrote that via this “war crime” action, the world “can’t be massacred.”  In his official statement, the Associated Press President and CEO Gary Pruitt said that he was “shocked and horrified” by the action and that AP journalists “narrowly avoided a terrible loss of life.” Furthermore, he also saw it as an attack on a free press because “the world will know less about what is happening in Gaza because of what happened [on May 15th].”

The situation created a strong media front against what happened, and Israel upset two of the largest world media outlets in addition to many others. Adding more fuel to the fire, the IDF used de-facto international press to support its operations. The Jerusalem Post reported that the fact that “the IDF misled some foreign media into reporting that ground troops had entered Gaza and made the situation more difficult from a public diplomacy perspective.”

In addition, Al Jazeera promised to pursue every available route to hold the Israeli government responsible for its actions, the AP stated that they engaged with the U.S. State Department to try and learn more about what happened, and the Washington-based National Press Club expressed its disappointment and concern stating, “This trend prompts the question of whether Israeli forces are attacking these facilities to impair independent and accurate coverage of the conflict.” Furthermore, the Committee to Protect Journalists demanded, “Detailed and documented justification for this military attack on a civilian facility given the possible violation of international humanitarian law.  Journalists have an obligation and duty to cover unfolding events in Gaza, and it would be illegal for the IDF to use military means to prevent it.”

Media coverage of this conflict has struggled to remain objective. It is hard, but independent media should carefully explore each aspect of the May conflict in Gaza. Clearly, there were many examples in this war when Gaza civilians were used as a shield or a tool of resistance to Israel. For example, in 2014 British Channel 4 quoted an interview of a senior spokesman for Hamas on Palestinian station al-Aqsa TV. In this interview he said that “jihad-loving people – who defend their rights and their homes with their bare chests and their blood.” As a result, many Gaza civilians stayed home despite warnings of imminent destruction. Furthermore, there were many reports that Gaza civilians were creating a “human shield” on the roof of these buildings trying to prevent destruction. In this case, we can’t exclude the possibility that journalists, like the other civilians, may be used as a human shield by Hamas. Meanwhile, the world expects from Israel more clarity and transparency.

The situation with the media in Gaza emphasizes again that we are dealing with a susceptible area that requires very tactical and careful diplomatic decisions and tactics. The conflict between two groups of people who do not speak the same language or religion, and who have generational trauma, have been exploited by regional and global powers throughout history and still grows deeper. This is also compounded by self-interested political and social leaders and an extreme sense of manufactured otherness and divisions. In this context, the presence of independent press that delivers a transparent view of what is going on is vitally needed. It is in both sides’ interests to protect media presence there with all the accessible means instead of using the press for any advantages. 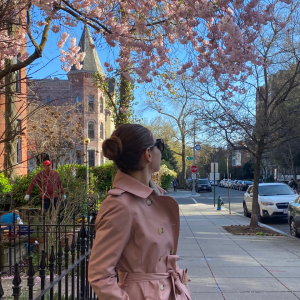