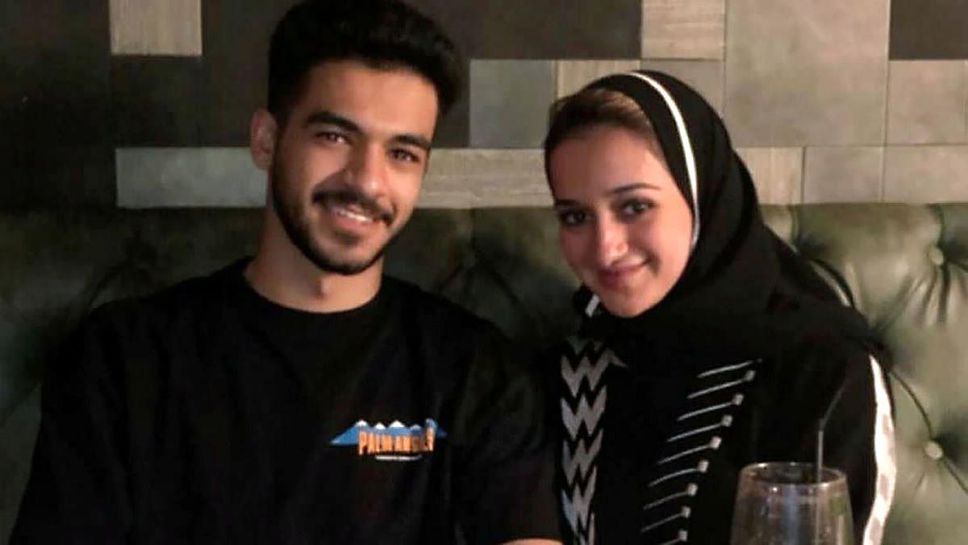 According to Democracy for the Arab World Now (DAWN), Saudi authorities should immediately free Salem Almuzaini and hold responsible all Saudi government officials implicated in his arbitrary incarceration and torture.

“Salem Almuzaini was unlawfully arrested and forcefully disappeared by Saudi officials in August 2020, and he has been held without touch with his family for over a year. They should immediately free him “said Abdullah Alaoudh, DAWN’s Research Director for the Gulf Region. “The US government should hold Saudi authorities accountable for Almuzaini’s persecution by subjecting them to Global Magnitsky sanctions, which are particularly meant for such human rights violations.”

On August 24, 2020, Saudi State Security officers unlawfully detained Salem Almuzaini, the son-in-law of Saad Aljabri, a close advisor to ousted former Saudi Crown Prince Mohammed bin Nayef. Almuzaini’s family has only heard from him once since December 2020, on May 31, 2021, during a brief phone conversation from a Saudi jail.

Bin Nayef has subsequently been arrested and tortured by Saudi officials. They have also imprisoned two of Aljabri’s children, Omar and Sarah, as well as Majed, Almuzaini’s brother. Saudi officials continued Almuzaini’s incarceration in apparent reprisal for Aljabri’s complaint in US federal court against Saudi Crown Prince Mohamed bin Salman (MBS), in which Aljabri claims MBS ordered a team of operatives to Canada to assassinate him. On August 6, 2020, Aljabri filed his case, and two weeks later, Saudi officials unjustly arrested and forcefully disappeared Almuzaini.

“The Saudi government brutally tortured and detained Almuzaini to force him to surrender his assets to the government, and then rearrested and disappeared him simply to punish his father-in-law Saad Aljabri for daring to hold MBS accountable in U.S. court,” said Alaoudh.

Almuzaini recalls the physical and psychological torture he endured at the hands of his Saudi interrogators in testimony submitted in Canadian courts and supported by family members interviewed by DAWN, including beatings, whippings, forced stress postures, electrocution, and food starvation. He mentions iron-bar beatings and brutal procedures, such as a jail guard flogging his genitals every time he went to the bathroom.

Forcing Almuzaini to crawl on the floor and bark like a dog was another harsh, inhuman, and degrading behavior. Almuzaini underwent reconstructive surgery after his release from prison to fix an indentation in his forehead created by an interrogator’s assault, and his toenails continued to fall out owing to repeated strikes to his legs and feet.

While jailed at the Ritz-Carlton, Saudi officials compelled Almuzaini to transfer 400 million Saudi Riyals ($108 million USD) and ownership of Sky Prime Aviation, which he led as CEO, to the Saudi government via the Public Investment Fund, the country’s sovereign wealth fund.

Saudi officials never prosecuted Almuzaini with a crime, but they accused him of embezzlement and money laundering despite the fact that no public proof was presented to back up their assertions. They only freed Almuzaini after compelling him to sign up these assets, but he was subsequently barred from traveling or reconciling with his family and was forced to wear an ankle monitor.

Following Almuzaini’s first release, Saudi officials harassed and forced him to persuade his wife Hissah to renew her passport at the Saudi consulate in Istanbul. The most recent attempt to get Almuzaini to accompany Hissah to the Saudi consulate in Istanbul happened in September 2018, less than a month before Saudi operatives killed Jamal Khashoggi there. Almuzaini spoke with his family between his original release in 2018 and his re-arrest in 2020, but he was cautious because the authorities carefully watched him and possibly his communication gadgets.

Following the abduction of his brother Majed on June 20, 2020, and the arrest of Sarah and Omar, the children of former Saudi official Saad Aljabri, in March 2020, Saudi officials re-arrested Almuzaini on August 24, 2020. While the government has brought ridiculous charges against Sarah and Omar, who were 17 and 18 at the time of their detention, the Almuzaini brothers have not been charged. All of these arrests appear to be part of a revenge effort against Saad Aljabri.

NYCFPA believe that the forceful disappearances of Salem Almuzaini and the detention of Omar and Sarah Aljabri are nothing more than collective punishment to put pressure on their father Saad Aljabri to return to Saudi Arabia and drop his lawsuit against MBS. These arrests serve as a striking reminder of MBS’s readiness to use the country’s security forces as vehicles for personal acts of vengeance.