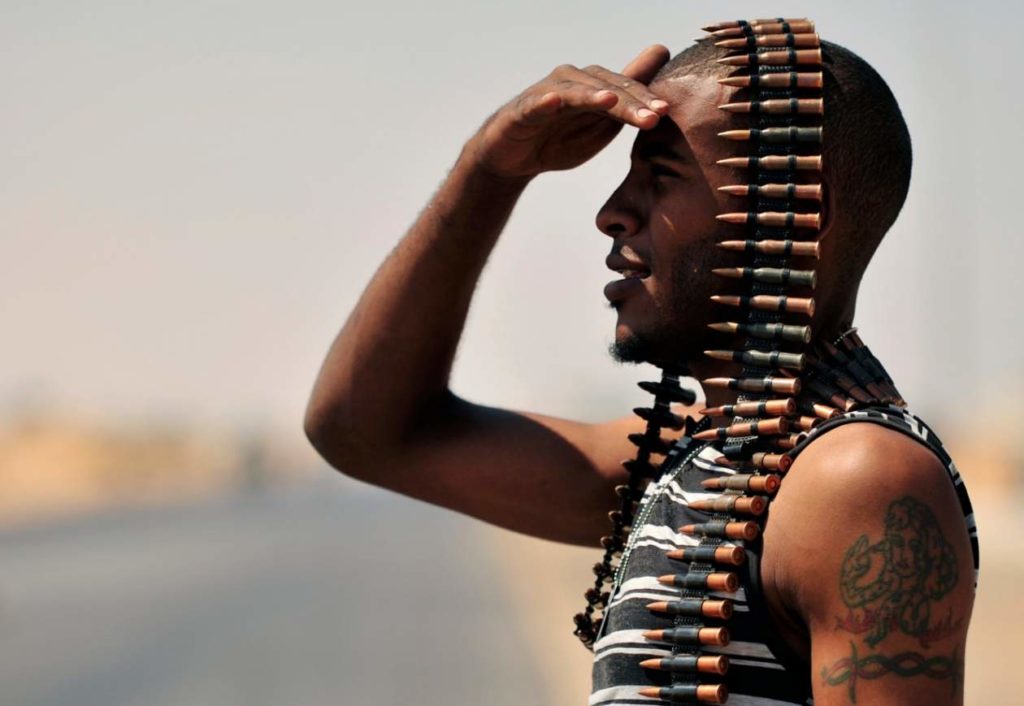 by Jeffrey Stacey Bassima Al-Ghussein – Libya would appear to be the least likely candidate for a non-threatening external intervention intended to prevent conflict. Libya’s civil war, with legions of foreign powers intervening on both sides, is on the cusp of turning the country into the next Syria. The prominent coastal city of Sirte has just fallen and the battle over the capital Tripoli has been joined by a fresh influx of foreign mercenaries who are simultaneously cutting off the government’s oil exports.

In a country equally surprising for teaching the world a series of “lessons learned” over the years—redolent of everything from “responsibility to protect” to “lead from behind” to “the day after”—seemingly the most ironic, if not tragic, is that involving conflict prevention. Conflict prevention remains high on the agenda for some people, like UN Secretary-General Antonio Guterres, but it can be a tough nut to crack.

According to conventional wisdom, Libya has long been a morass of instability and strife, an archetypal example of how difficult both conflict prevention and post-conflict stabilization can be. In short, it is the poster child of the perils of nation-building. However, a more accurate account of its recent history shows that after the forcible removal of its long-standing leader Muammar el-Qaddafi in 2011, Libya was, in fact, stable for two years prior to the onset of instability, as well as another year or two before eventually sliding more fully into intermittent conflict.

Casting aside the myth that Libya descended directly into post-Gaddafi chaos, a closer look at the promising early years and the subsequent squandering of a viable conflict prevention opportunity by western powers is revealing. It took nearly three years for the gradual proliferation of armed militias in Tripoli to begin tilting the balance of power away from the initial prevalence of political leaders and bureaucrats and toward the eventual political takeover by armed groups.

In the field of what the UN calls peacebuilding, the EU crisis management, NATO stabilization and reconstruction, and the U.S. reconstruction and stabilization, the emphasis is almost always on nonmilitary post-conflict stabilization operations. Seldom are conflict prevention operations attempted, in large part because on the one hand they are notoriously difficult to achieve and the other hand opportunities for successful conflict prevention are rare. Moreover, if you claim to have prevented a conflict, with no yardstick by which to measure that outcome, then the path forward can be dicey.

In fact, the international community missed not one, but two, propitious conflict prevention opportunities in Libya. The first came as the Tripoli-based militias began to assert themselves openly on the streets of the capital, prior to resorting to armed violence. The blame lies chiefly with the United States for President Barack Obama’s infamous “lead from behind” mistake, which he later described as the “worst mistake” of his presidency, and with the European Union (EU).

It was Germany that abstained on the covering UN Security Council resolution, thereafter pledging to U.S. officials to do penance by prevailing on fellow EU countries to mount a post-conflict stabilization operation, which it agreed to bankroll. However, the EU failed to achieve the requisite unanimity necessary to launch such an operation. Before long, with the United States already sidestepping leadership, the EU was clamoring to take up its customary second fiddle position. As such, the initial western conflict prevention opportunity was squandered.

It was not until the summer of 2014 that Libya descended into full-fledged instability and soon thereafter to low grade civil war. These factors kept matters largely unstable until the UN managed to stand up the Government of National Accord (GNA) in 2017. This was an “against all odds” achievement for the venerable United Nations given how powerful the militia’s sway over Libya’s leaders had become.

Major credit goes to the indefatigable UN Special Representative of the Secretary-General (SRSG) for Libya, Ghassan Salame, and also to Prime Minister Fayez Mustafa al-Sarraj. At that juncture, Libya was suffering through a triad of mid-level instability: the newfound presence of ISIS in Sirte, the political instability that featured rival parliaments in Tripoli and Benghazi, and the attempt by the so-called Libyan National Army (LNA) to take the country by force in the east—led by General Khalifa Haftar, the military leader who is currently attempting to take over the entire country.

At the time Haftar held sway merely in eastern Libya. Sarraj, with Salame’s help, appealed to both NATO and the EU with success. Each, in turn, agreed with the decisions made by the North Atlantic Council and the EU’s Political and Security Committee, which was to stand up civilian stabilization operations in Libya. And herein lies the rub. Despite formal mission approval from both the council and the committee, neither organization fully implemented its relatively well-planned operations. Fears of sending civilian stabilizers into a sort of, on-again-off-again civil war, however, were ultimately insurmountable.

This amounted to double jeopardy for Sarraj and his country. The indefatigable UN could only accomplish so much on its own, having already done the lion share of work by knocking the heads of the militia leaders together to broker the agreement to launch the GNA in the first place. But success should have come in the form of a complete mission implementation of the “global triumvirate,” with the EU working alongside NATO and the UN. In the absence of the unified phalanx of the international community, Haftar calculated that the UN alone could not deter his military ambitions.

If NATO and the EU had followed through, with the support of the United States, then the four-alarm military crisis in the southern sections of Tripoli would not have occurred. Although it should be noted that when he was in Helsinki, Finland, Russian president Vladimir Putin signaled to Trump that he hoped the United States would stay out of the situation. Additional factors that caused chaos were the interventions of Russia, Egypt, UAE, Saudi Arabia, and France on the side of Haftar, and Italy, Qatar, Turkey, and the interventions of the regional northern, western and Tripoli-based militias on the side of the GNA and the international community.

Libya, like Yemen, is only the most recent intervention aim of the crown princes of Saudi Arabia and the UAE, Mohammed bin Salman and Mohammed bin Zayid. As elsewhere in the region, these governments often appear to be on the wrong side of history while simultaneously contributing prominently to the destabilization of Libya in a kind of Great Game of the Mediterranean Sea. In fact, the UAE even set up its own military base east of the country while Egypt has hosted a Russian base.

The double-dealing efforts of France to support Haftar while simultaneously assisting the UN in brokering an end to the civil war have been doomed from the paltry start of what will likely become known as the West’s most notorious intervention flop in the modern era. Ipso facto, NATO and the EU are primarily to blame for the second squandering of a realistic conflict prevention opportunity in Libya—long before Russia first discreetly inserted itself into the conflict, sending special forces to encamp just across the border in western Egypt.

Conventional wisdom indicates that the LNA is likely to succeed in its drive to overtake the whole of the country; more recently, however, the GNA and its allies have traded gains with the LNA while several militias previously loyal to Haftar no longer are. Additionally, Turkey has intervened on behalf of the GNA. As a result, there is a legitimate window of opportunity for a successful ceasefire to be reached via a power-sharing agreement between France, Germany, Italy, and the United States.

France, of all countries, deserves sharp censure for its role in Libya because it defied its western allies by supplying Haftar and the LNA with military training and arms. Therefore, it is incumbent on France to spearhead a diplomatic mission to Tripoli to broker a peace deal. First, it must forge a ceasefire and then it must cajole Haftar’s LNA and a range of militias to adhere fully to the UN-led peace process.

The Trump administration is guilty of malign neglect given that Libya is proving to be a prominent signpost of the Trump Doctrine of aggressive isolationism. Mistakenly referred to as a grand strategy of strategic restraint, the contradictory principles at the heart of the Trump Doctrine have Donald Trump’s administration simultaneously intervening abroad and withdrawing from the global scene. For example, it has abandoned the Kurds in Syria yet sent thousands of U.S. troops to Saudi Arabia.

NATO and the EU bear a significant degree of responsibility for Libya devolving to the point of a second civil war, but less so in the UN’s case. Salame had made marked progress over the last year, despite the odds, and Secretary-General Guterres is fully engaged in that process. Considering Turkey’s incipient large-scale intervention on the side of the GNA, it, too, should contribute to efforts to forge a ceasefire followed by a comprehensive peace deal.

The time is at hand for the international community to begin working together in greater unison in coming to the aid of Libya. For the sake of its citizens, as well as the free world’s shared security interests. At a minimum, the United States, Turkey, Germany, and Italy should support a concerted French effort to assist the UN’s Geneva negotiations and help bring the Libyan conflict to an end.