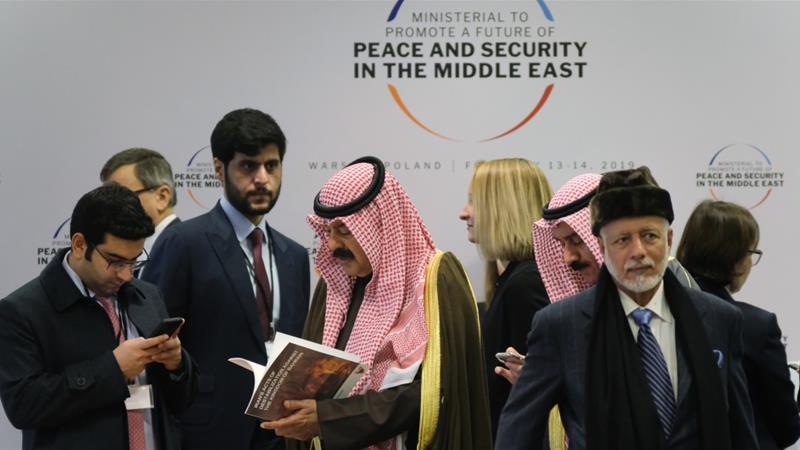 Patrick Wintour Diplomatic – Key European powers will offer only limited participation in a high-profile Trump administration summit on the Middle East starting on Wednesday, reflecting their growing anger over unilateral US policymaking on Iran and Syria.

Federica Mogherini, the EU external affairs chief, will boycott the event, originally conceived by the US as a way to press EU countries to adopt a more aggressive stance towards Iran.

The original summit agenda was scrapped after Europe told Washington it was “not a very smart idea” to hold a summit that would highlight Europe’s differences with the US over Iran. The EU was not consulted before Mike Pompeo, the US secretary of state, announced the summit, jointly hosted with Poland.

Despite retitling the agenda to focus on peace and security in the Middle East, European diplomats remain sceptical that figures such as Pompeo and the US vice-president, Mike Pence, will dial down their anti-Iran rhetoric at the summit.

The EU remains strongly supportive of the 2015 Iran nuclear deal that was abandoned by the US, even if it criticises Iran’s ballistic missile programme. It has finally devised a preliminary trading vehicle to resist US secondary sanctions on firms that continue to trade with Iran.

Non-attendees include Qatar, Turkey, Lebanon, Iran and the Palestinian Authority.

The US has signalled it will extend sanctions on Iranian oil exports in May. Brian Hook, the US special representative on Iran, said last week: “We are not looking to grant any future waivers or exceptions to our sanctions regime, whether it’s oil or anything else,” adding that the US aims to “get to zero imports” of Iranian crude as quickly as possible.

The Trump’s administration exempted eight counties from its sanctions, allowing them to continue importing crude from Iran for six months up to May.

British officials are privately sceptical about the rhetoric coming from Washington that it might impose sanctions on the proposed mechanism being set up by Europe to help trade, initially in unsanctioned goods such as food and medicines.

The Foreign Office permanent secretary, Sir Simon McDonald, would have to be one of those sanctioned by Washington since he is on the board of the new EU body.

Meanwhile, differences between Europe and the US over Syria were exposed in the Commons on Monday when Hunt was unusually open in expressing his qualms about Trump’s call for the unilateral withdrawal of 2,000 US troops from Syria.

He told MPs: “It is important we do not declare victory too quickly. If we do so, we risk Daesh [Islamic State] re-establishing a territorial foothold. Indeed, concerns are already being expressed that that is beginning to happen in parts of Iraq now. We should not mistake territorial defeat for final defeat.”

Hunt said it was “encouraging that, although the original announcement suggested this withdrawal would happen very quickly, the US has behaved with considerable pragmatism in practice”.

He signalled his determination that the US departure should not leave its Kurdish allies in northern Syria exposed to a potential Turkish attack. “Were we to let them down now, it would send a terrible signal about our commitment to our allies for any future conflict in which we might be engaged,” Hunt told MPs.

The Kurdish-led SDF has detained a total of 900 foreign fighters who joined Isis during the Syrian civil war. Hunt said urgent consultations were under way in Whitehall about whether to take back British fighters and their families if the SDF decided it could no longer hold them. France is also reviewing its policy.

PrevPreviousSouth Sudan’s civil war may be over, but the need for humanitarian funding is ever more urgent
NextUS Air Force Defector Allegedly Helped Iran Hack AmericansNext